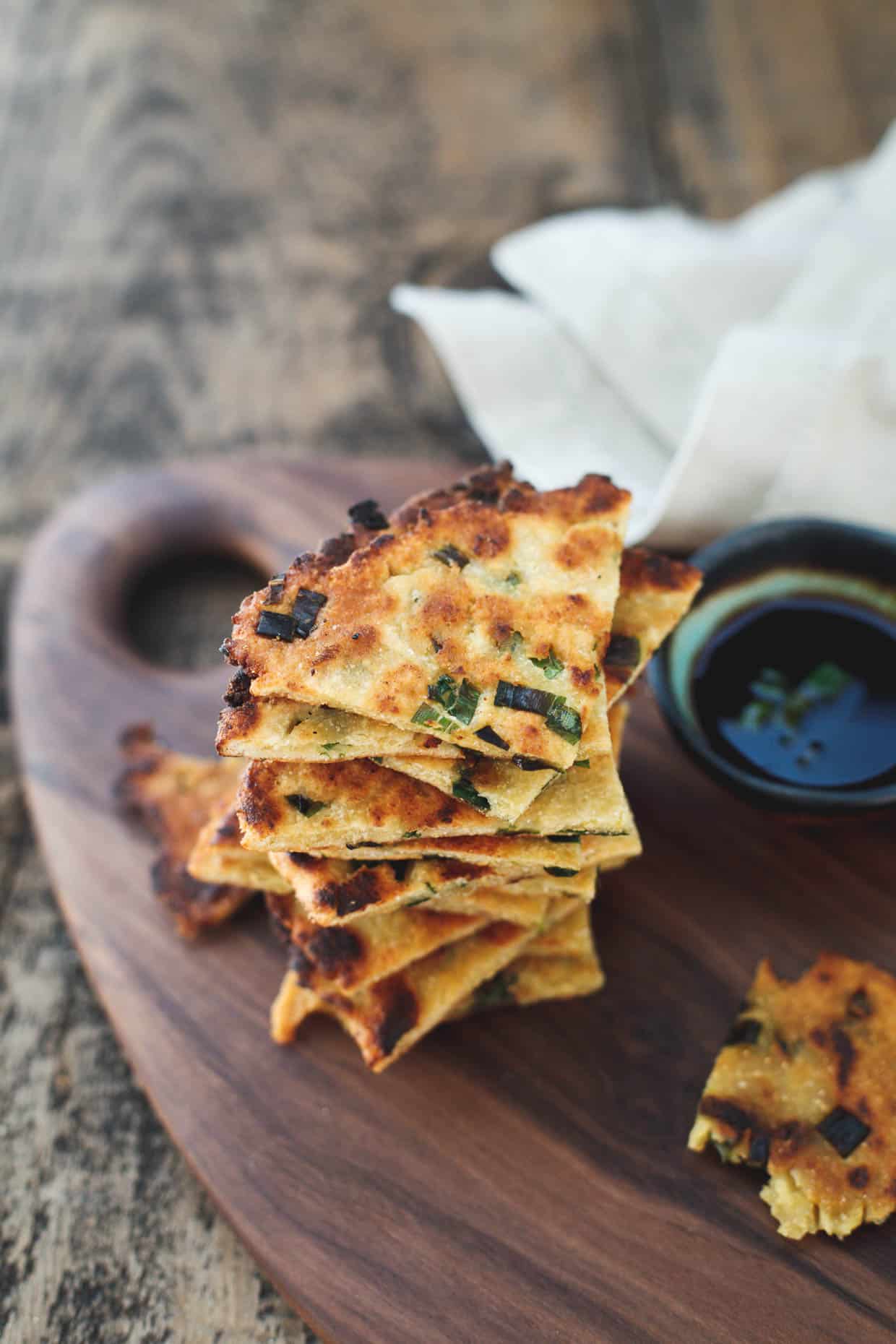 Sometimes a recipe idea pops in my head seemingly from nowhere at all (the recipe gods?). Take these gluten-free scallion pancakes, for example. I’d never eaten a scallion pancake. Not once in my whole life. In fact, I’m not even sure I’d ever even seen a picture of scallion pancakes when I decided they were my next conquest. This blind recipe testing is not a new phenomena for me – I did the same thing when I set out to make spicy pork bibimbap two years ago. There’s something about the mystery of it all. 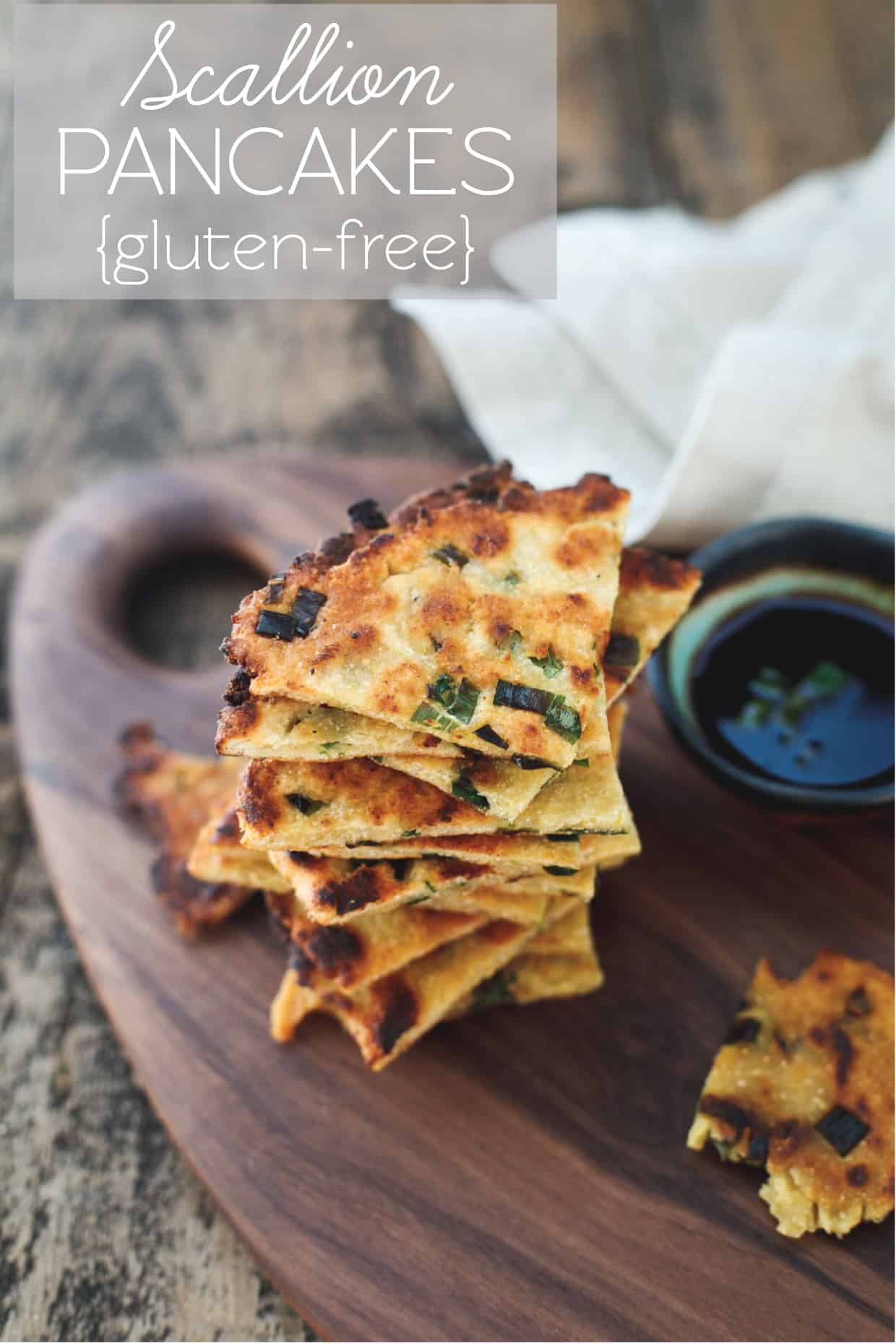 On the one hand, this sets the bar pretty low since I have nothing to compare them against. On the other hand, how will I know if the scallion pancakes turn out like…scallion pancakes? 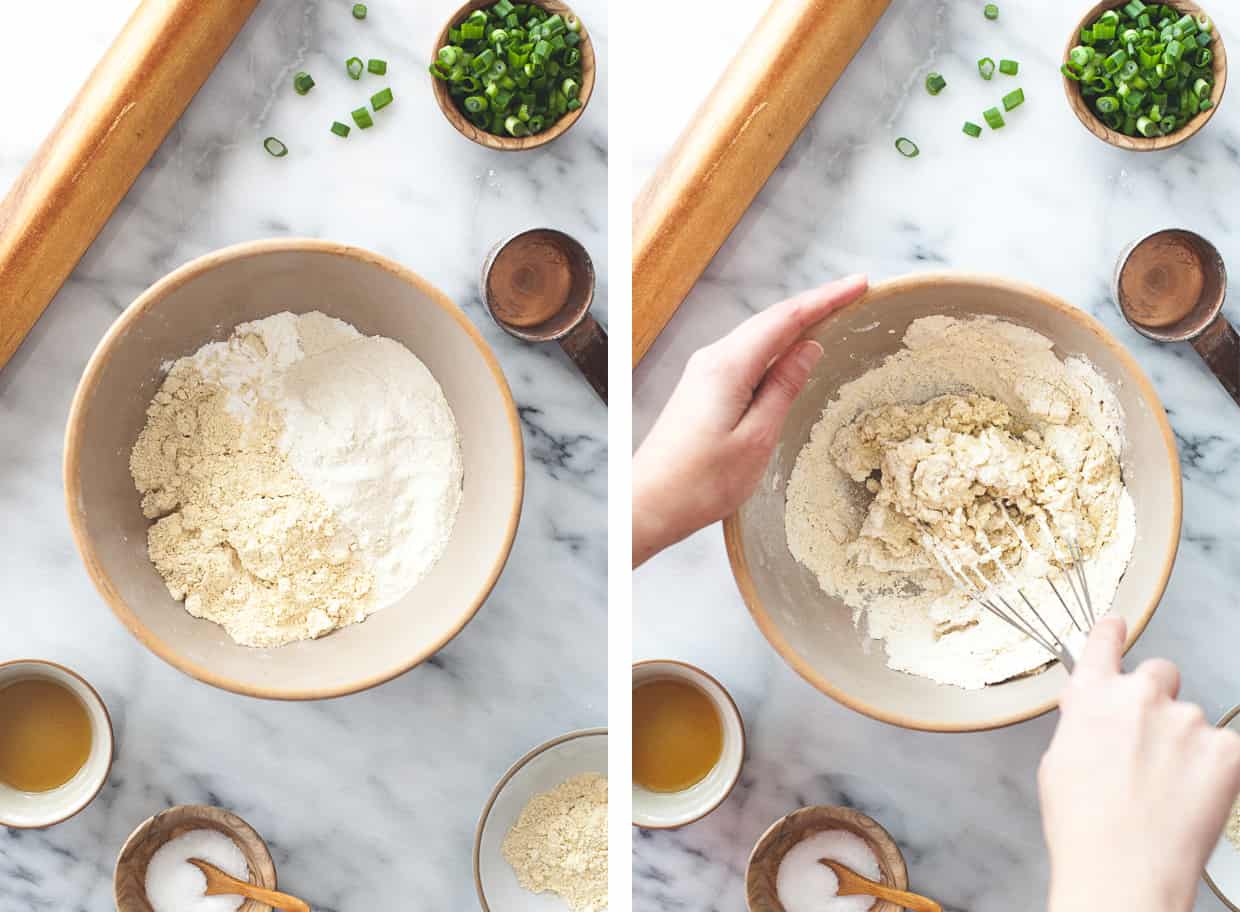 The solution: Recipe test them 10+ times, feeding them to as many friends as possible, polling the outcome at the end of each meal. Here’s where you imagine me plopping down a platter of scallion pancakes and fixating on you with crazy eyes as you eat the entire platter, eagerly waiting for approval. 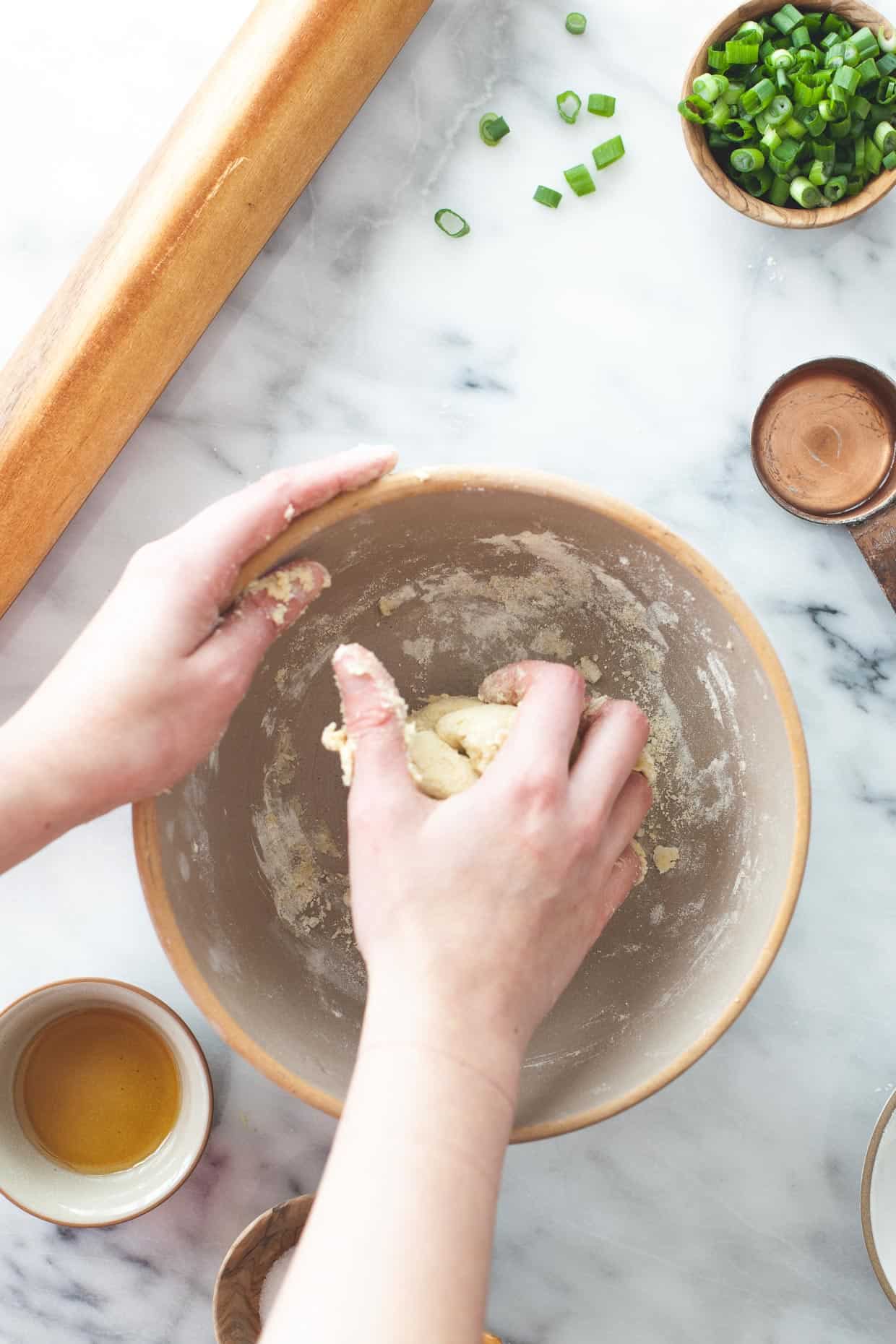 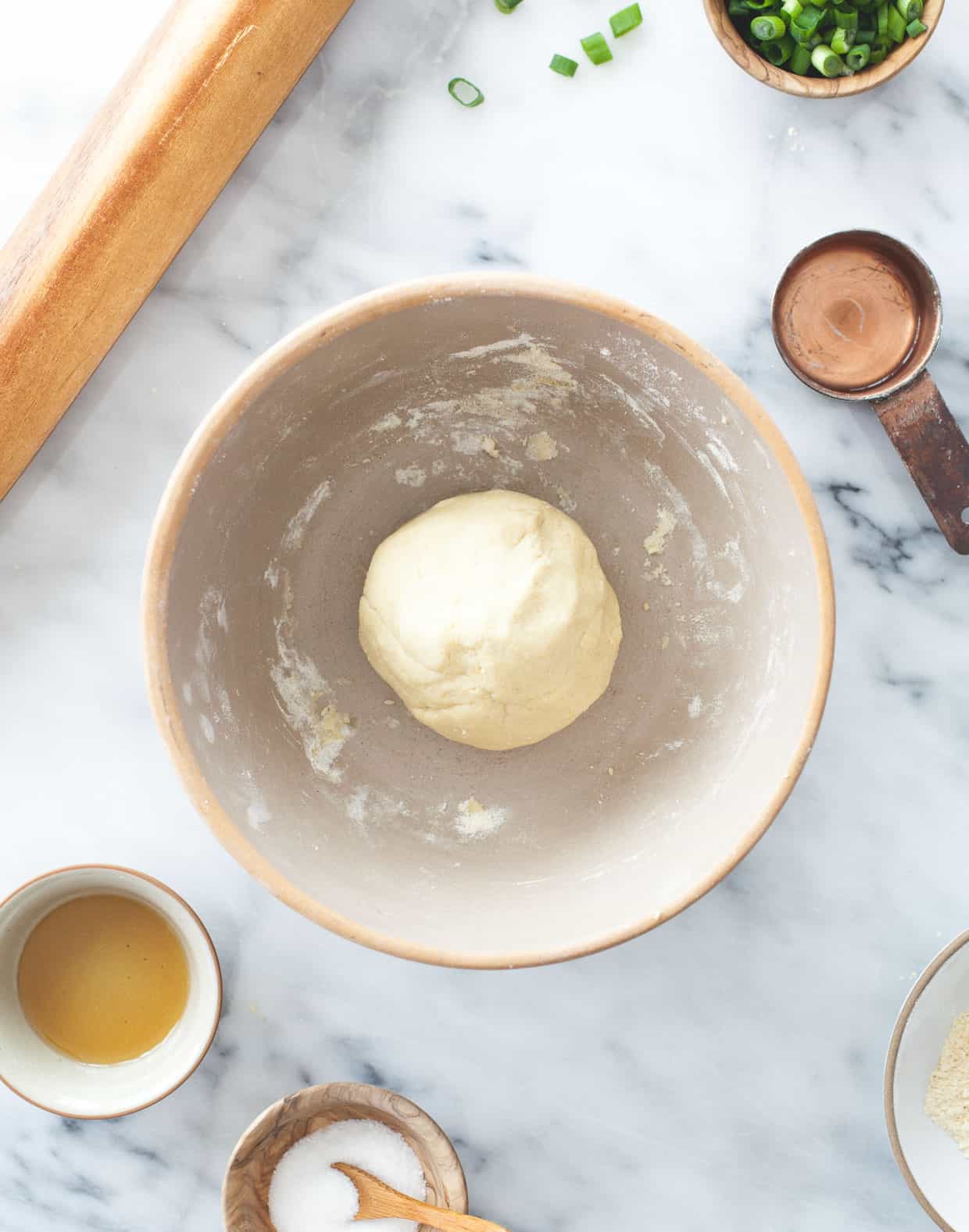 You need proof? I accidentally googled “Snix” last week when my blog url didn’t autofill and up popped this definition of my nickname from Urban Dictionary: “A kick-ass nickname for someone who’s da bomb. An all-around, genuine, cool person.”

Before you ask: No, I didn’t submit the definition myself and no, I didn’t pay someone else to write it either. Someone out there thinks I’m “da bomb” and that’s enough of an ego boost to last for a while (or at least until I scroll down to the third definition listed).

The results of the super scientific taste test? Usually I double the recipe shared here when serving them as a side to miso soup or a smoked salmon soba bowl. Each time, I set the teetering stack of scallion pancake slices on the table to the uniformly-agreed tune of, “the four of us could never possibly eat all of these.” And each time, we do just that.

I nervously made a small appetizer batch during a sushi extravaganza with Alanna and Amelia this weekend, and as the greatest compliment, Alanna said, “better than any scallion pancake I’ve ever had.” If that’s not a gold seal of approval, then I don’t know what is. I consider these gluten-free scallion pancakes da bomb. 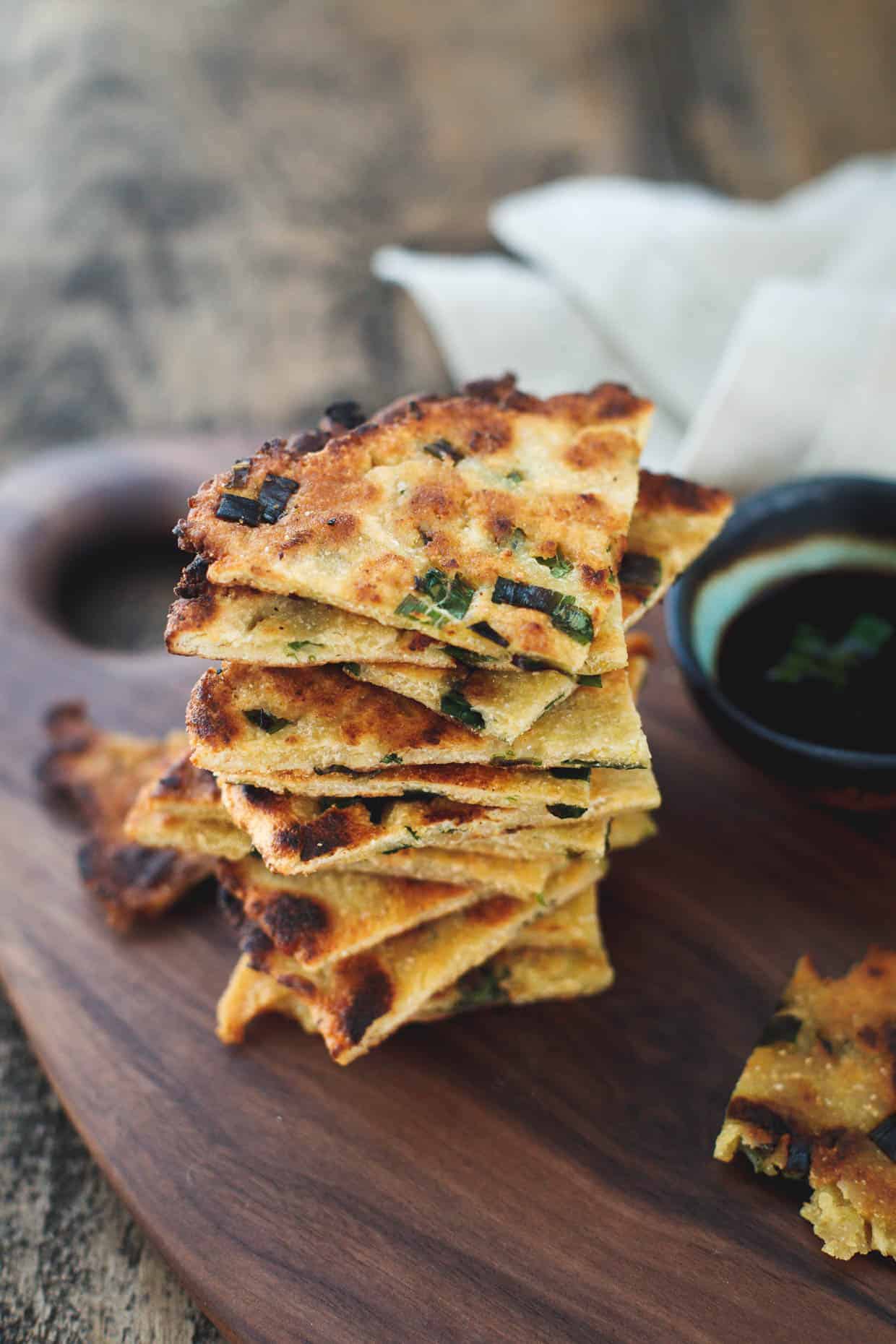 Unlike the pillowy breakfast pancakes you might serve with maple syrup in the morning, these scallion pancakes are a  traditional Chinese savory dish made with a simple unleavened dough. Spirals rolled out with sesame oil and scallions rolled up between them make the layers peel apart at the coil. Most like the texture of flatbread, these gluten-free scallion pancakes are incredibly crispy with a slightly chewy bite. Here’s to more I’ve-never-tried-that mystery recipes in my kitchen in 2015! 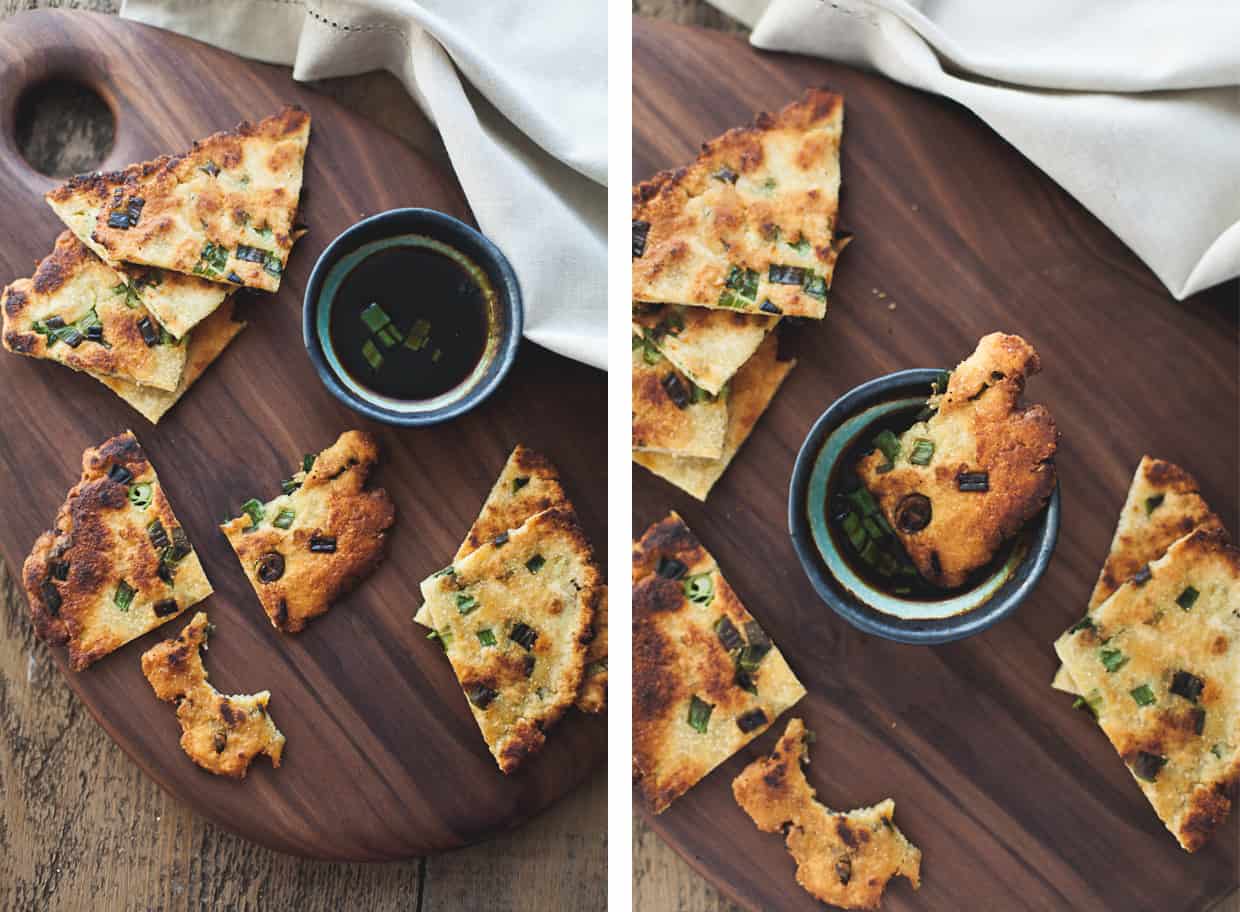 5 gluten-free soups to serve with a side of scallion pancakes:

I regularly double this recipe, keeping the pancakes warm in a 200°F oven while I cook the others. 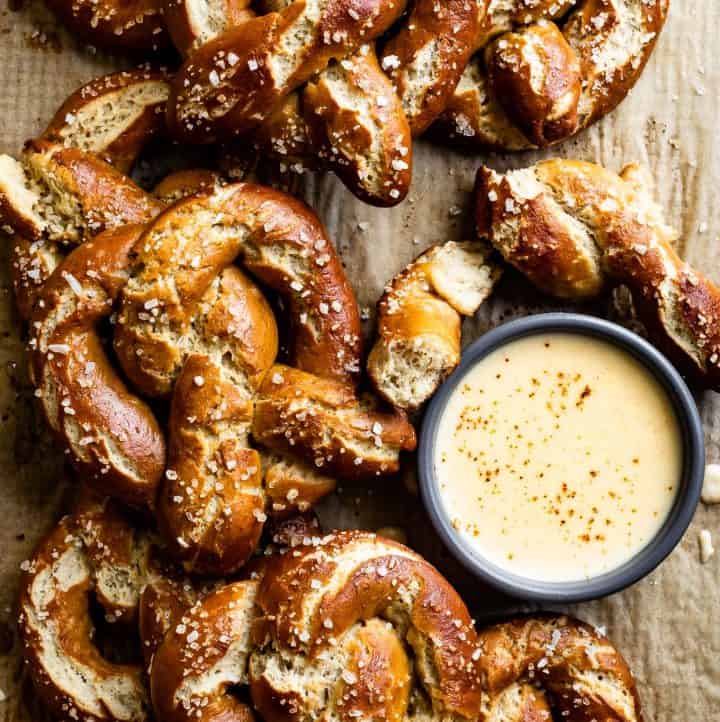 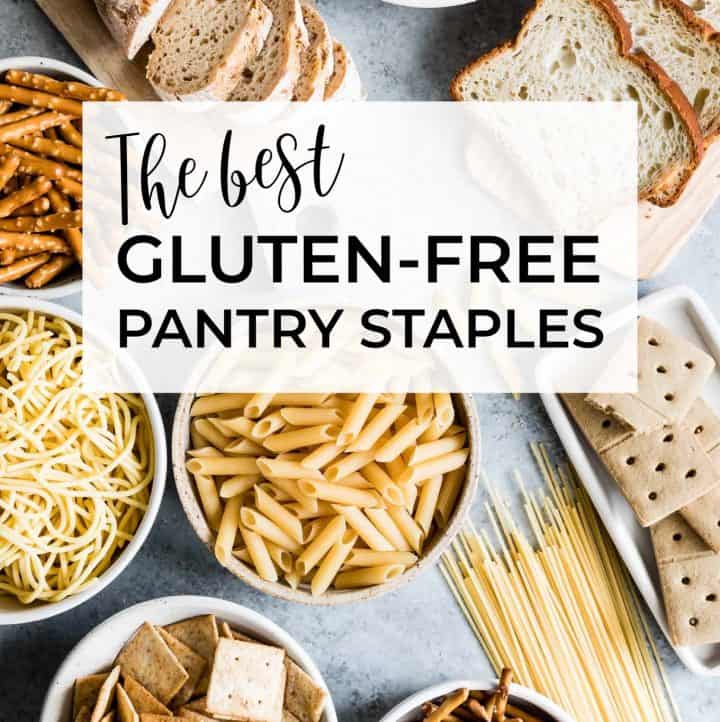 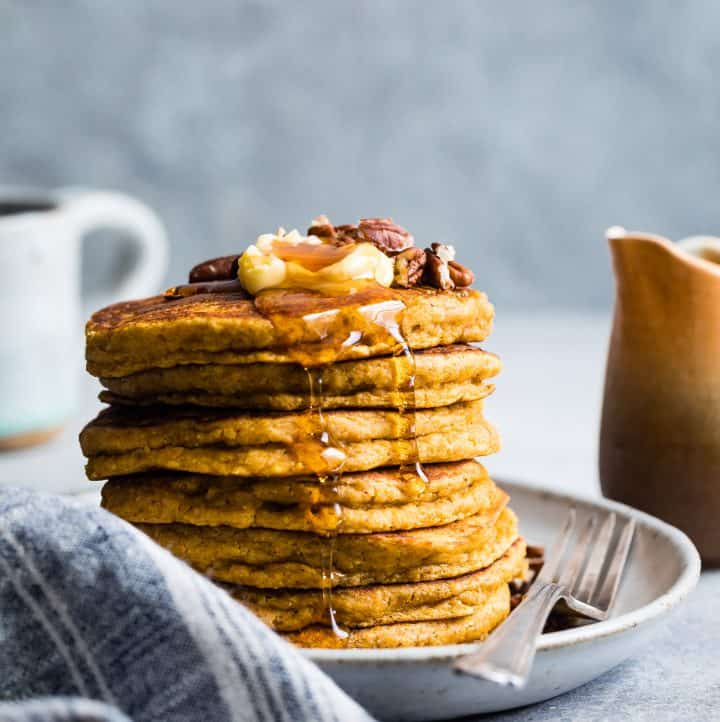