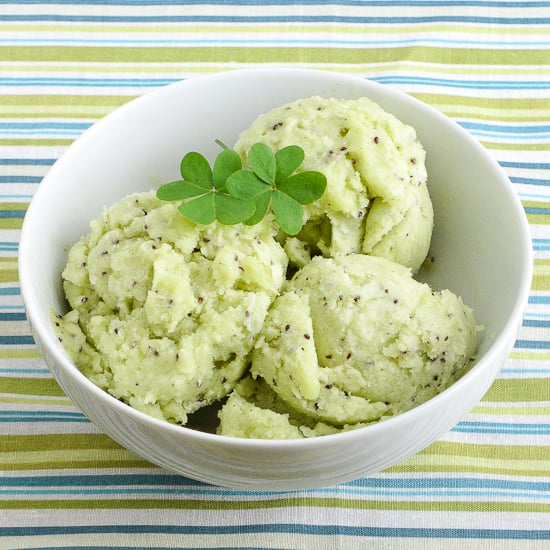 Happy (early) St. Patrick's Day! I've always been a sucker for this green holiday because my birthday is the day after. When asked my favorite color,  I still say green, even though I think anyone who has seen my apartment could tell you that I clearly prefer purple. Most of my birthday parties growing up involved some sort of green theme, and clovers always made an appearance. Now, I typically spend St. Patrick's Day at a less-frequented spot celebrating with all my friends because having your birthday party on a day when almost every twenty-something is also out at the bars makes it difficult to gather a large group in one place. I spent my first two legal drinking birthdays with all my pals at a sushi bar in Hollywood singing karaoke. This year promises to be much more mellow, but none less fun - we're heading up to Tahoe with a group of Lucas's college buddies (and there should finally be some snow!). I will be wearing green on slopes, even if it clashes with my winter attire. No matter how old I turn, St. Patrick's Day's emerald hue will always have a special place in my heart. 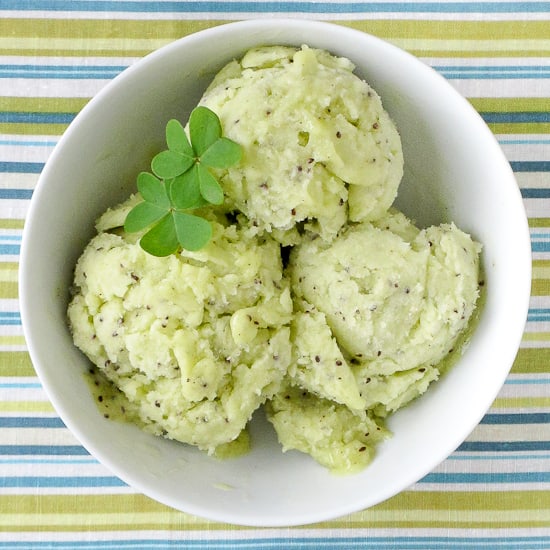 I've mentioned before how I will take advantage of any excuse to make themed food, and St. Patrick's Day is no exception. I'm neither Irish nor a drinker, so my nod to the holiday will be in the form of green treats (yes, plural - expect more later in the week). This frozen sweet came as an unexpected surprise when I found myself in possession of six ripe kiwis. In my research group (DiLL), tradition holds that the week after you stood in the spotlight receiving feedback on your work, you thank your peers by providing food. Among Tim's edible snacks on Friday was a bag of organic kiwis that was left in front of me uneaten when the meeting ended. I'm not about to let food go to waste, so I brought them home to turn into some kind of St. Patrick's Day dessert. Don't worry, DiLL, I'll be bringing in additional green-themed goodies to share this week! 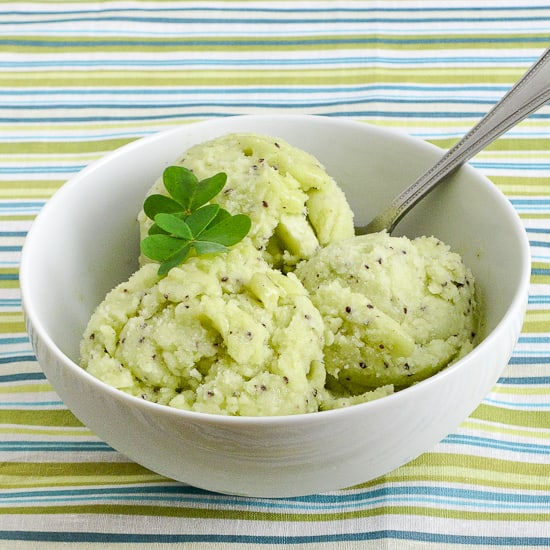 This sorbet only has three ingredients (and that's counting water), and it can be made without an ice cream maker. SO EASY. And creamy. And tasty. I discovered while eating the icy sweet, however, that it seems I have a minor allergy to kiwi; after devouring two scoops, my tongue felt a little tingly. Google confirmed that I am not alone, and, in fact, many people have far more severe allergies to the fruit. It's not enough to stop me from eating the rest for dessert tomorrow though! 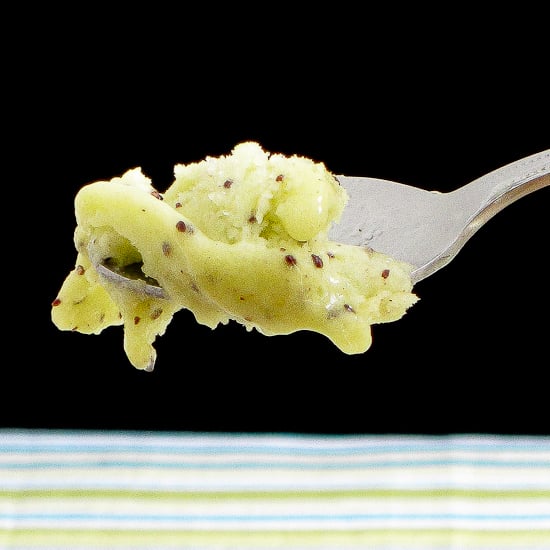