Churro rice krispie treats sprinkled with a heavy dose of cinnamon and sugar, then drizzled with cayenne-spiced Mexican chocolate. Made with brown butter and brown rice crisps cereal, these treats are crispy, chewy, and downright addicting. 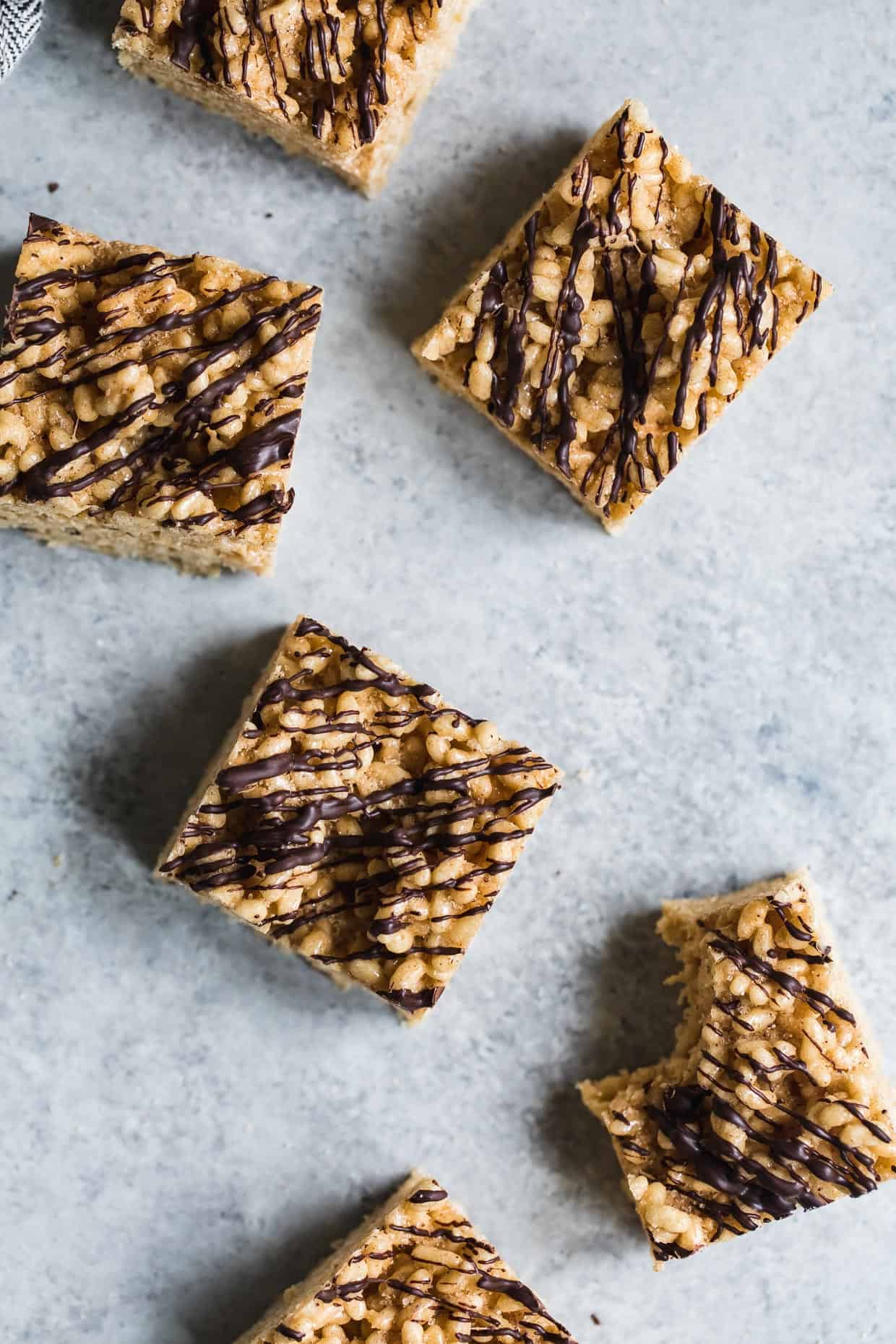 Before I even dive into talking about these Mexican chocolate churro rice krispie treats, I need to get something off my chest. I'm a snickerdoodle snob. Alanna and I have spent the better part of the year playfully rolling our eyes at recipes labeled as "snickerdoodle  __(fill in the blank)__" when the only thing snickerdoodle about it is a little sprinkle of cinnamon and sugar. And with this recipe for churro rice krispie treats, I concede. I'm no better.

I realize I could just as easily call these snickerdoodle, cinnamon toast, or even cinnamon roll rice krispie treats - for they're all of those things just as much as they are churro. That being said, I need something that called out the heavy dose of cinnamon + sugar sprinkled under the Mexican chocolate drizzle and churro fits, given the churro's popularity in Mexico. So snickerdoodle/churro purists out there, I see you. I hear you. And I'm churro-ing onward anyway. Shove a rice krispie treat in your face and we'll be friends again soon. Promise.

If you'd like to make actual churros, I've also got a recipe for gluten-free churros in all their fried goodness! 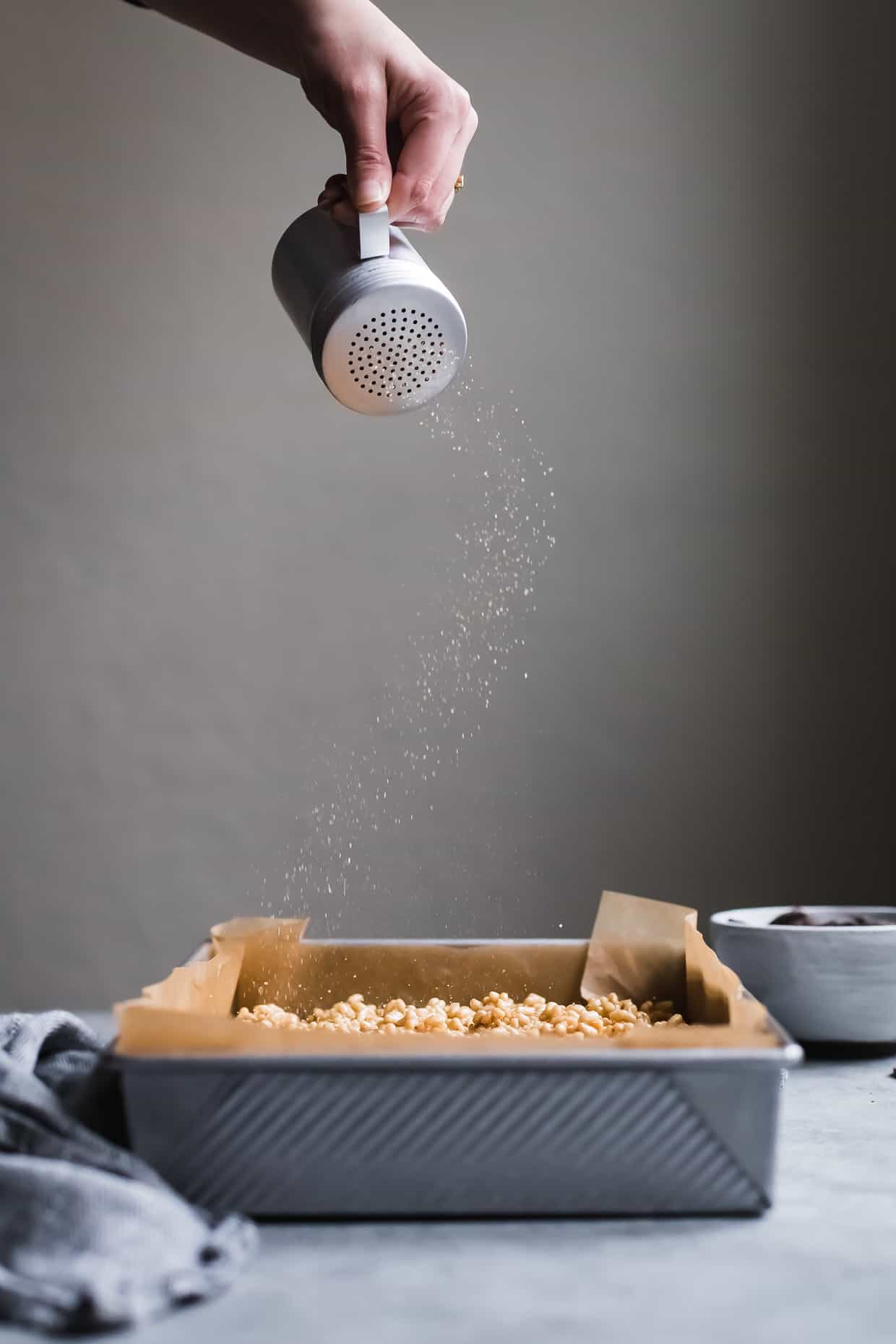 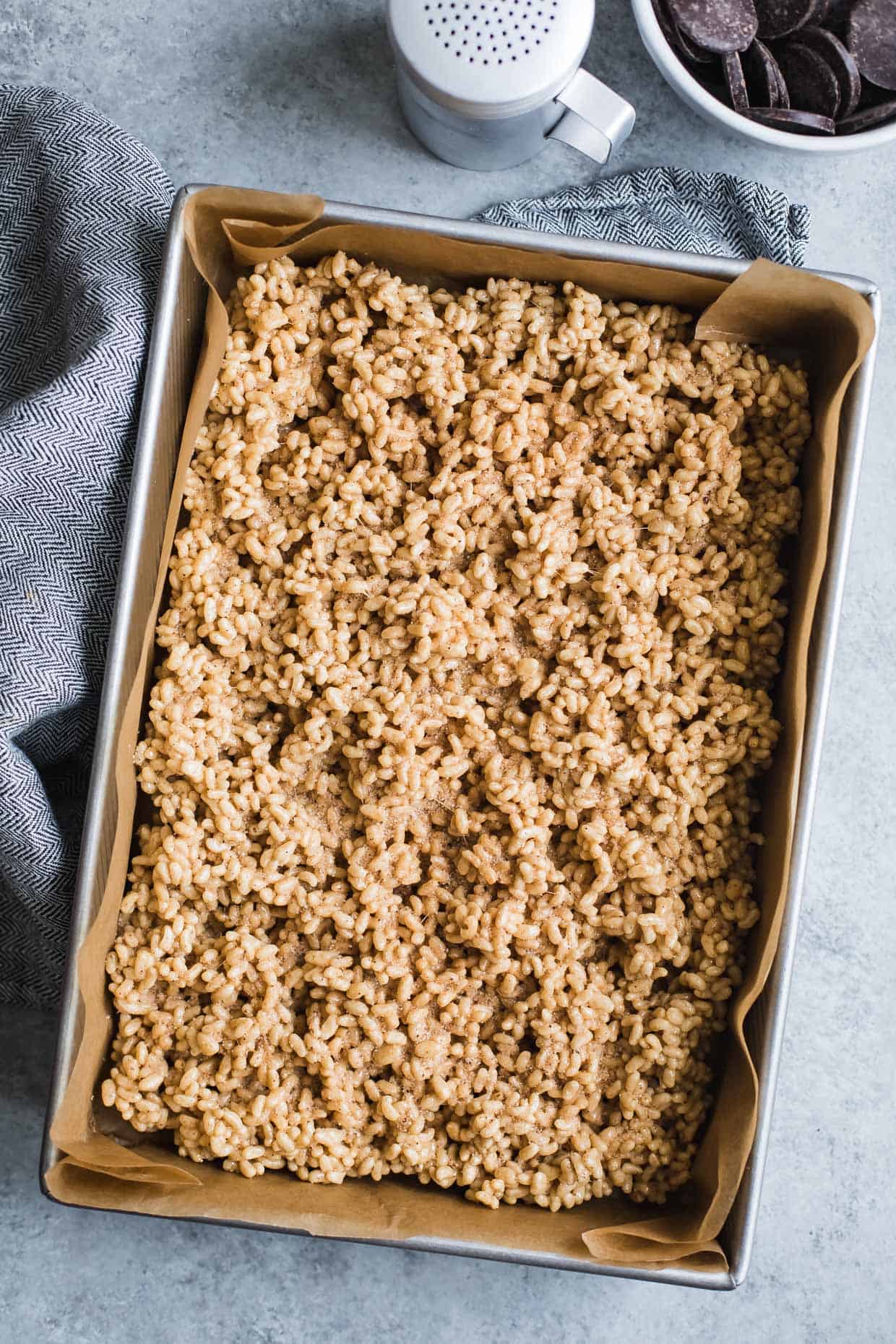 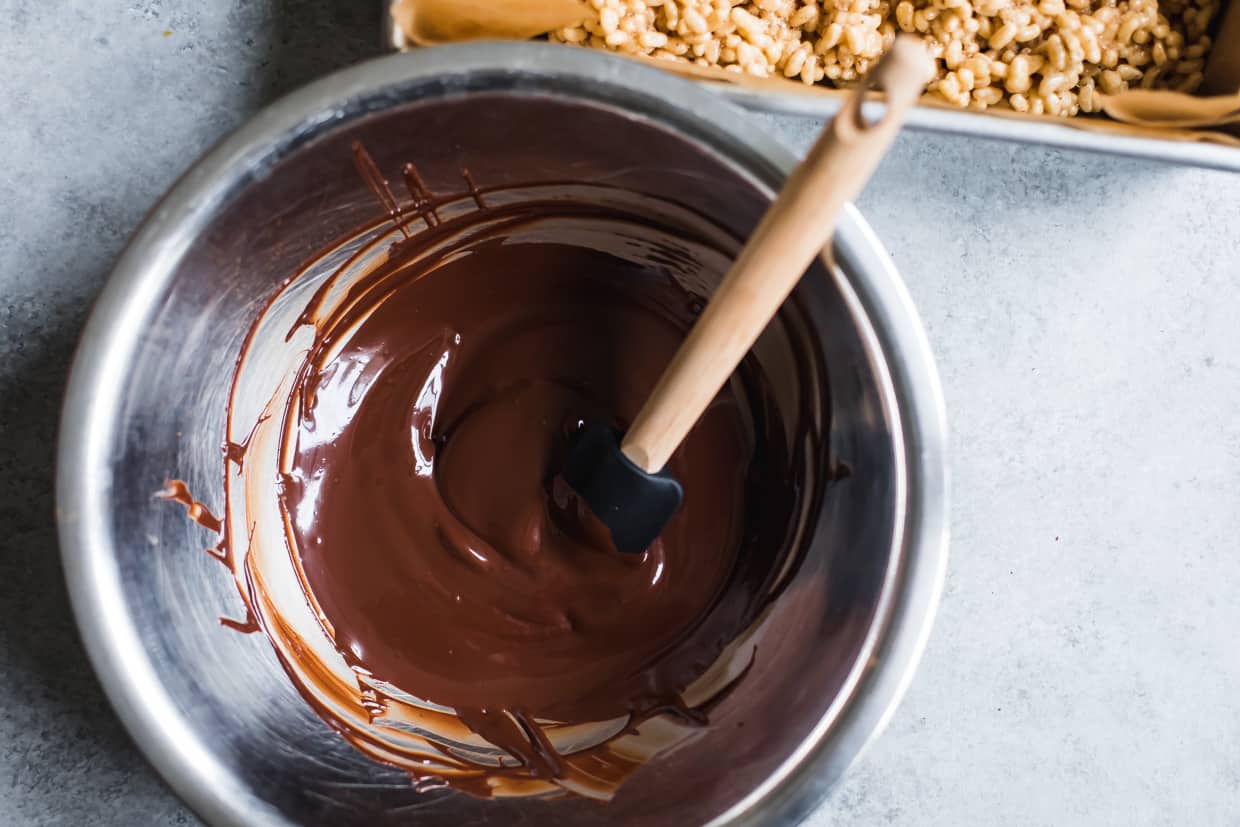 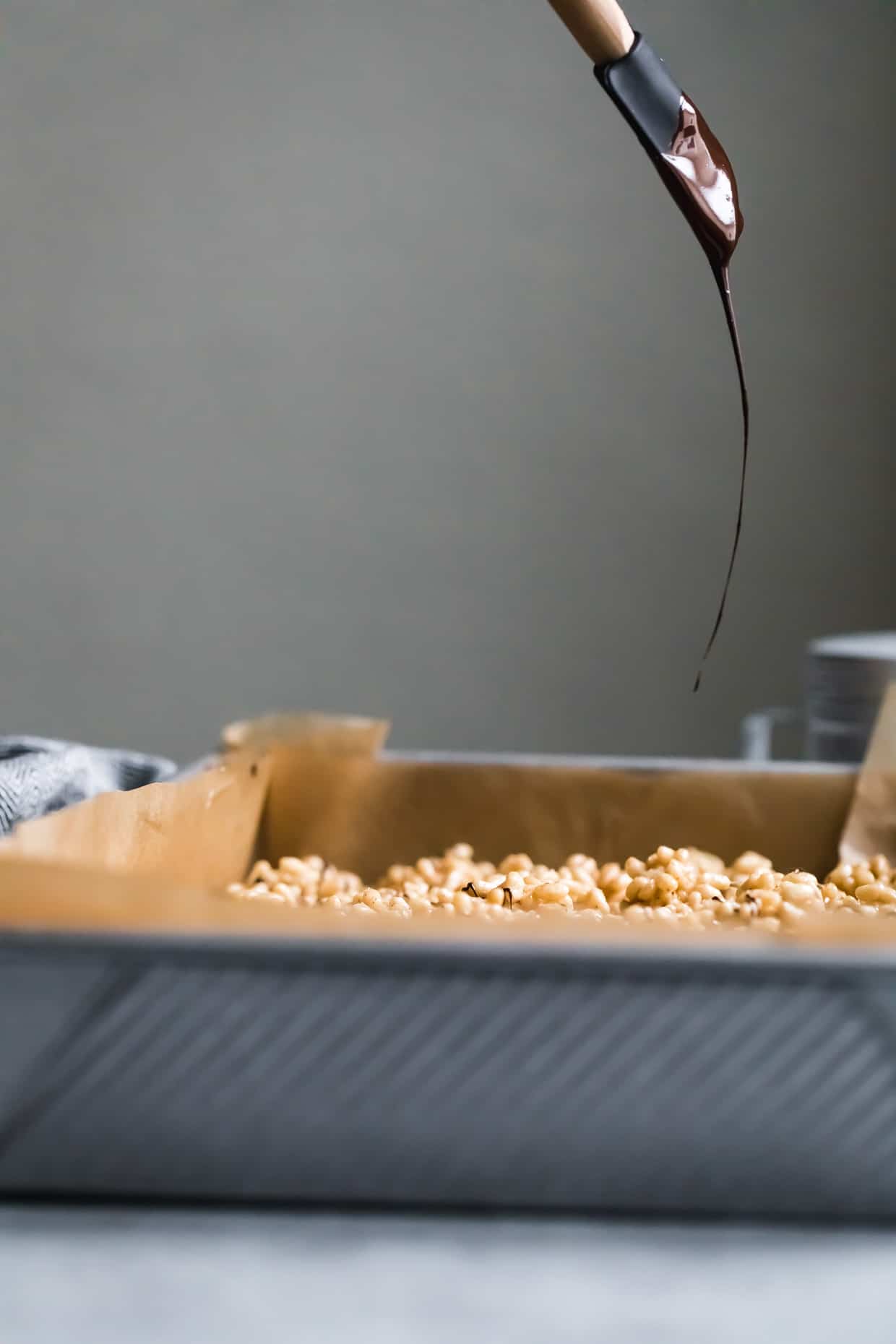 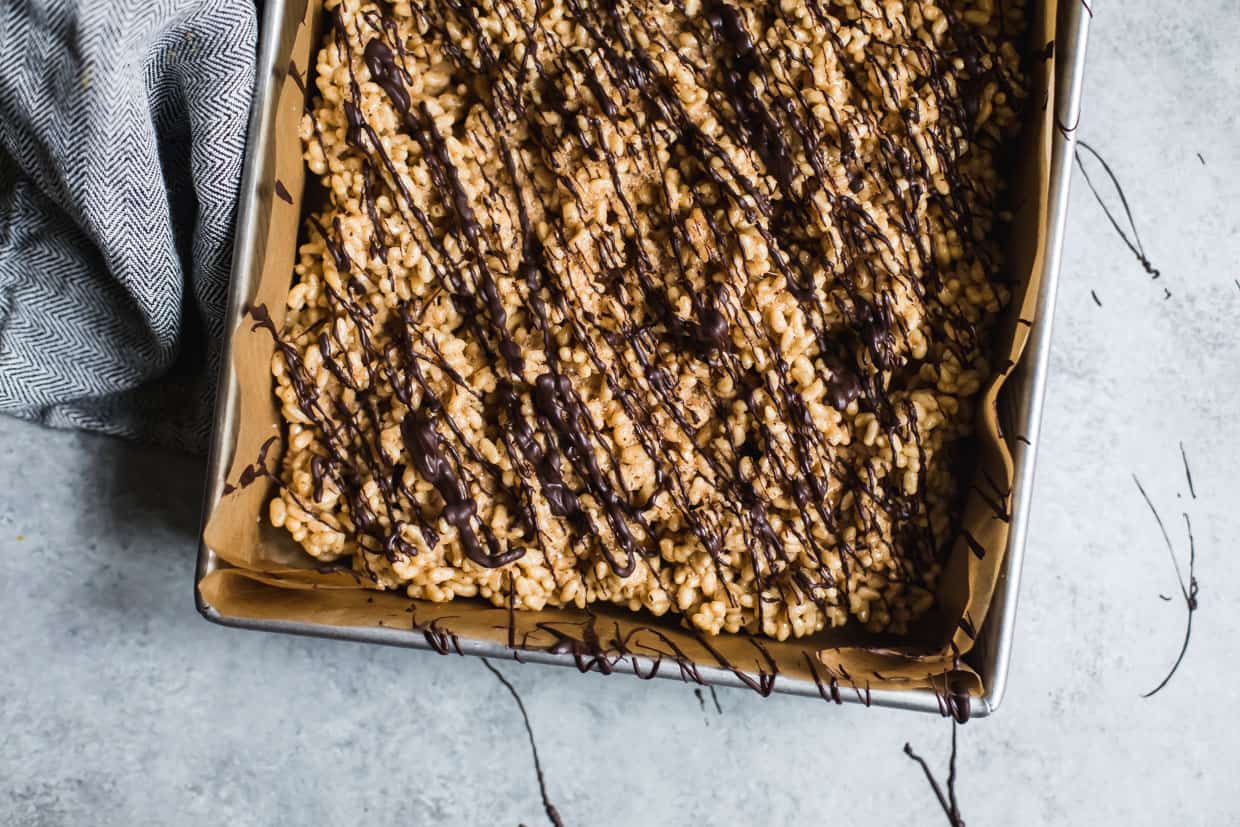 I also realize that rice krispie treats don't really need a recipe - there are a million and one basic recipes out there, including one on the back of the box, I'm sure. Though you need to know that none of those hold a candle to Smitten Kitchen's brown butter crispy treats - from which these Mexican chocolate-drizzled churro brown rice krispie treats were adapted - hers has the very best, most perfect ratio of butter to marshmallow to cereal.

Building on Deb's base recipe, I've got two rice krispie tips for the foolproof treats. 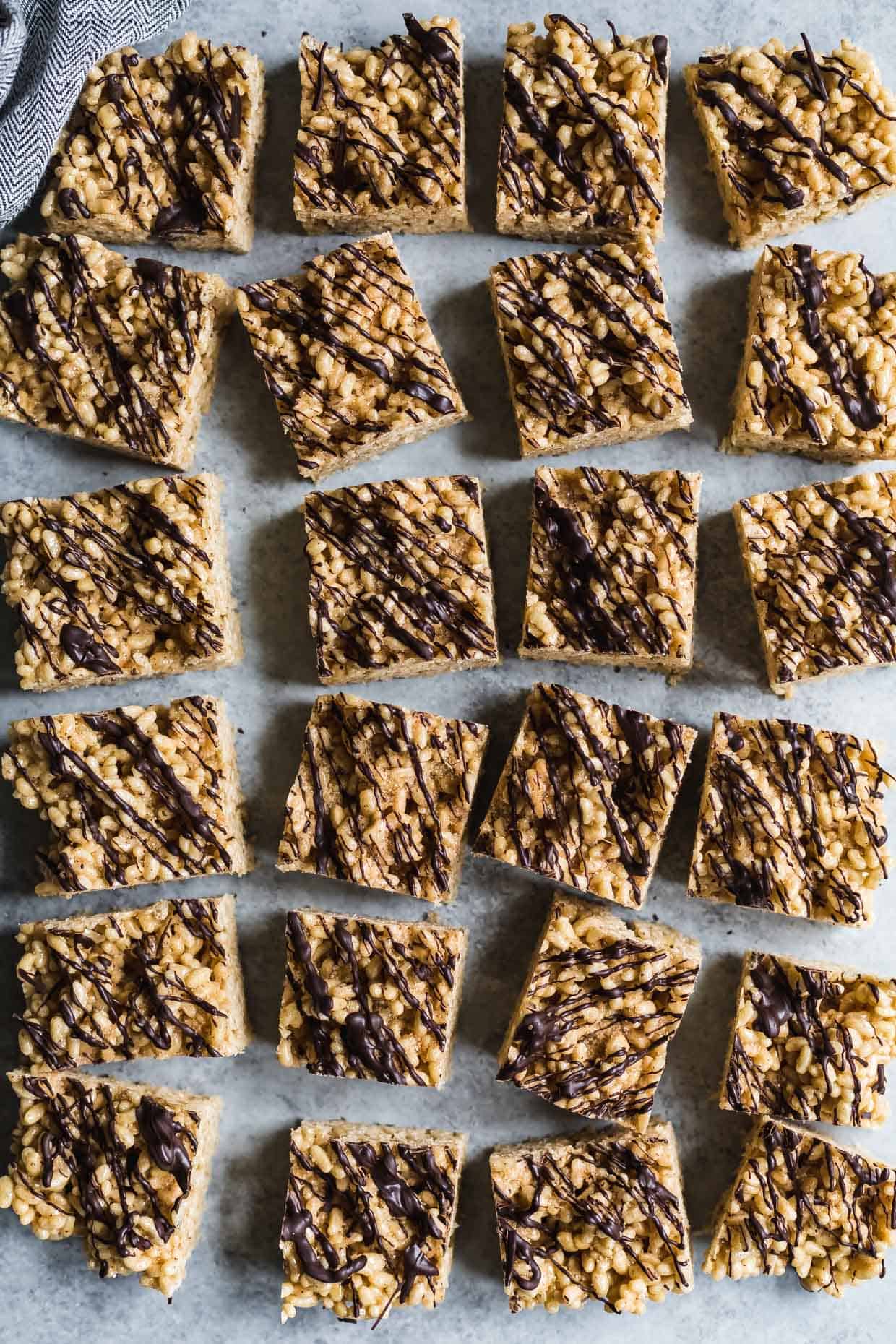 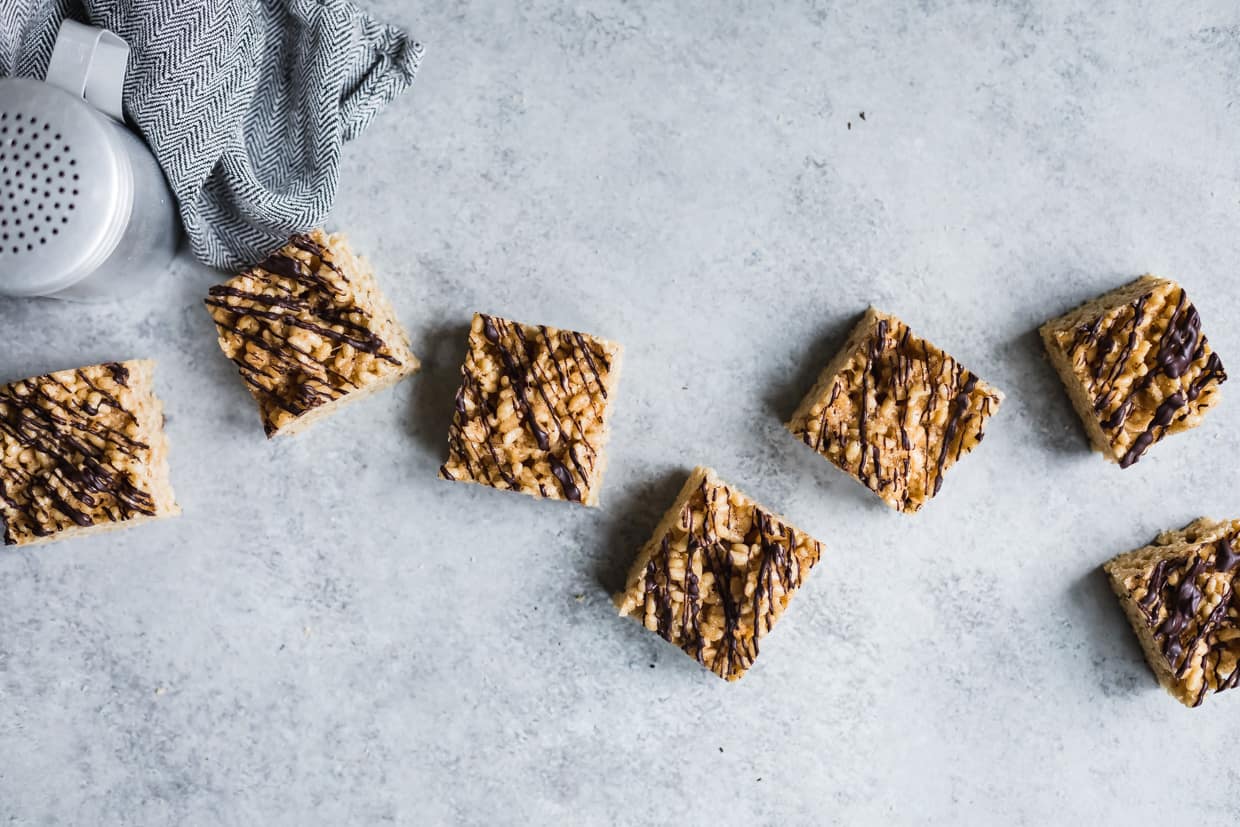 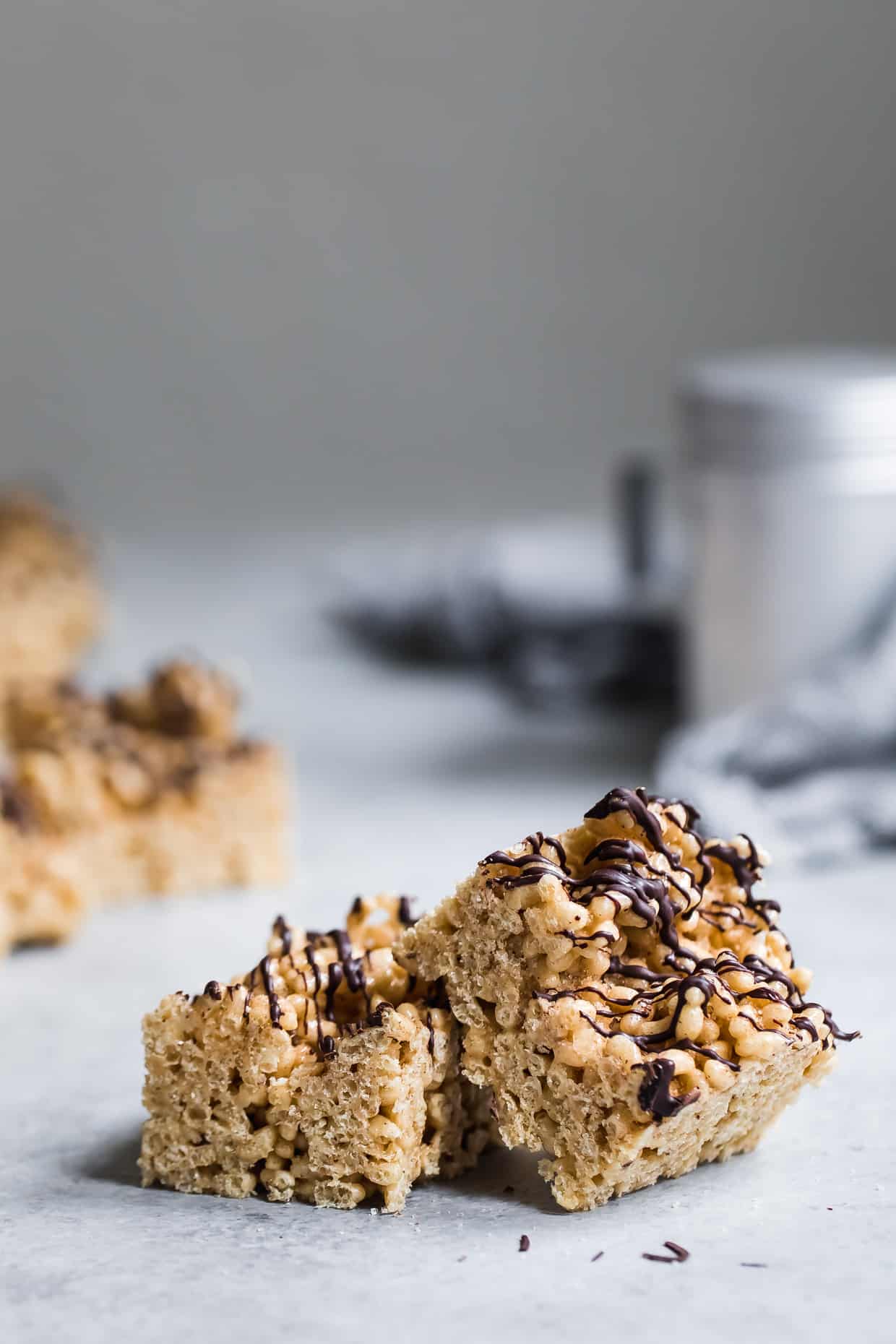 I made this churro variation for Zo's birthday taco party (sans chocolate) and after three different people asked for the recipe, I decided it needed to live online. Rice krispie treats are probably the quickest dessert you can make and with the dusting of cinnamon sugar and spicy Mexican chocolate splatter, these treats are party-ready. 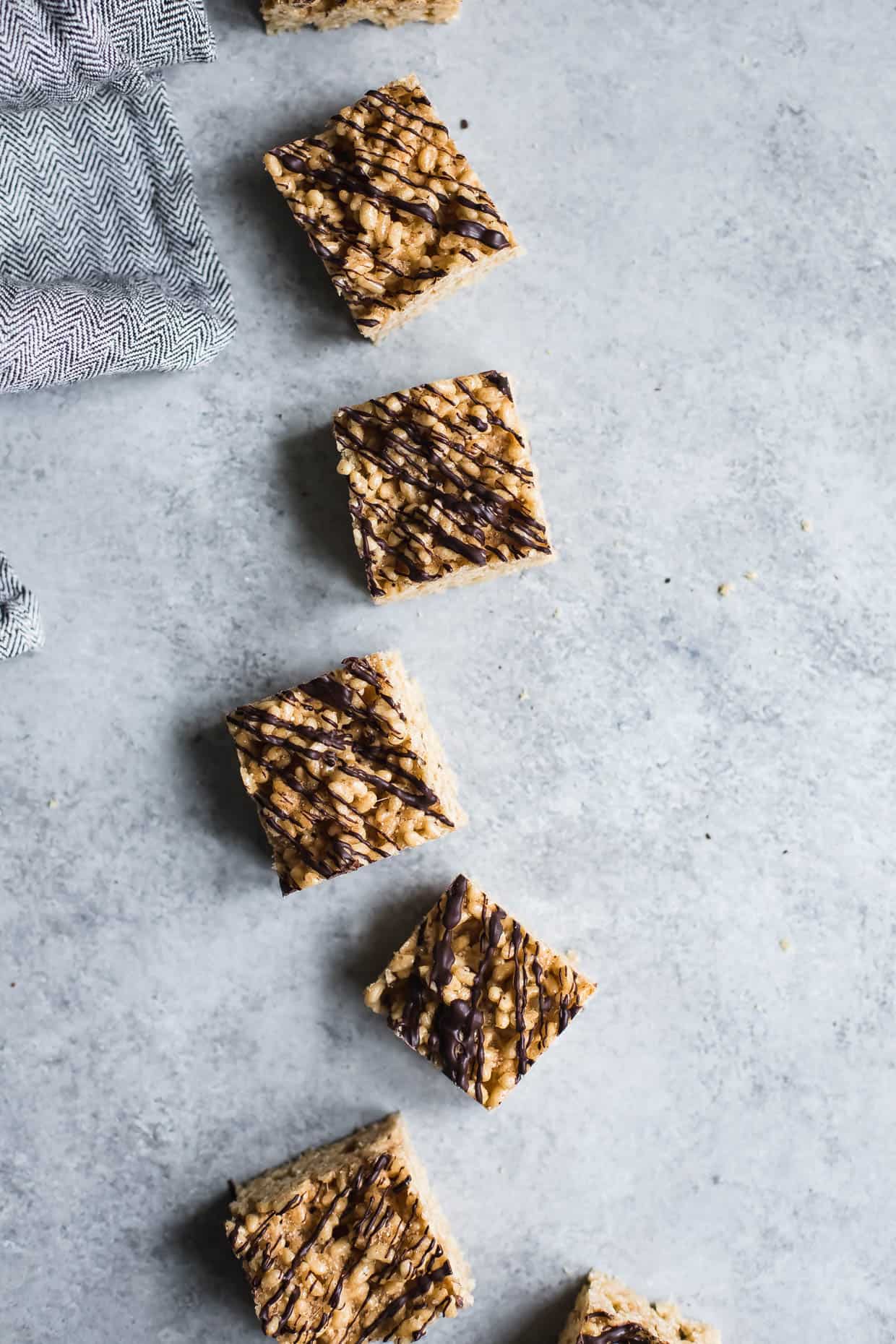 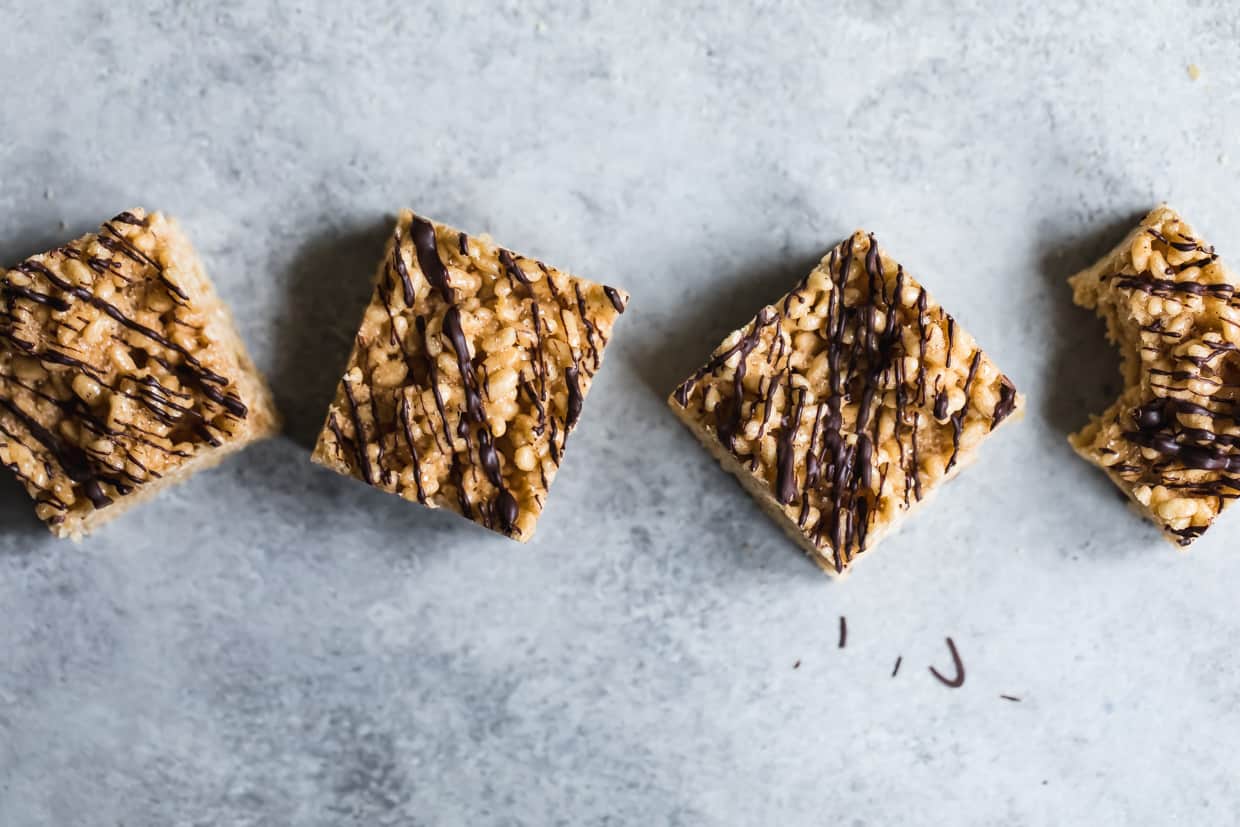 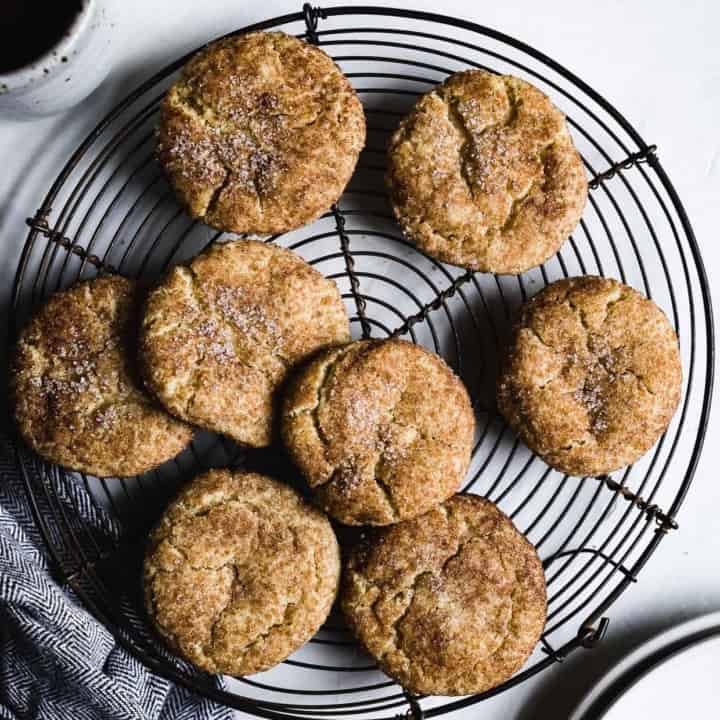 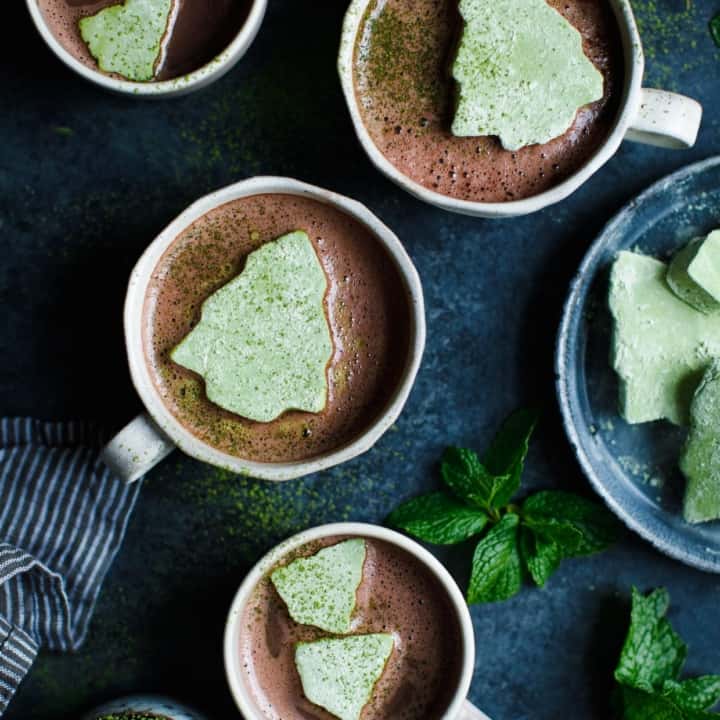 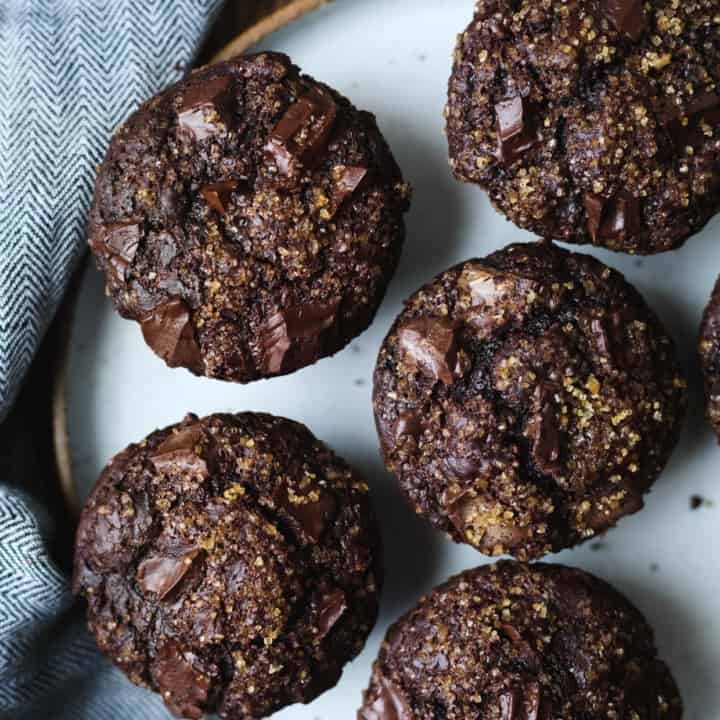 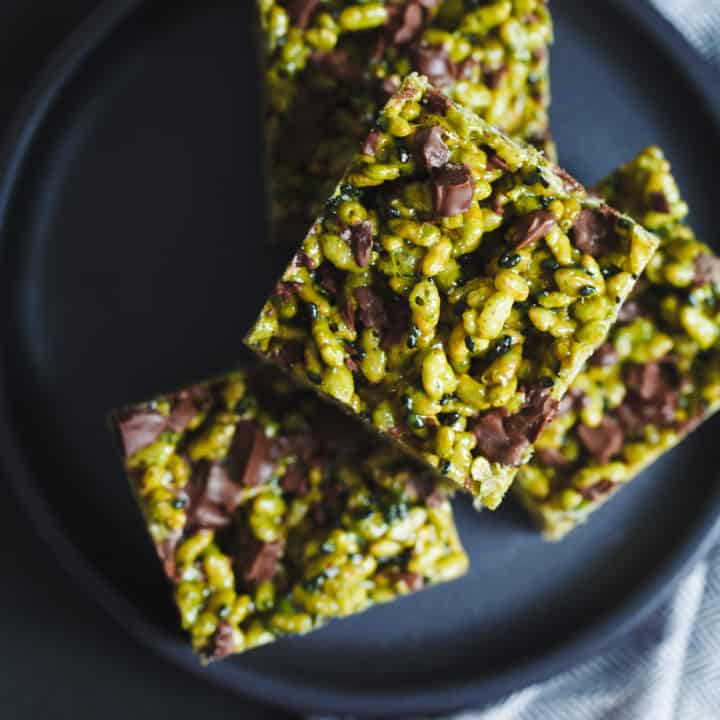