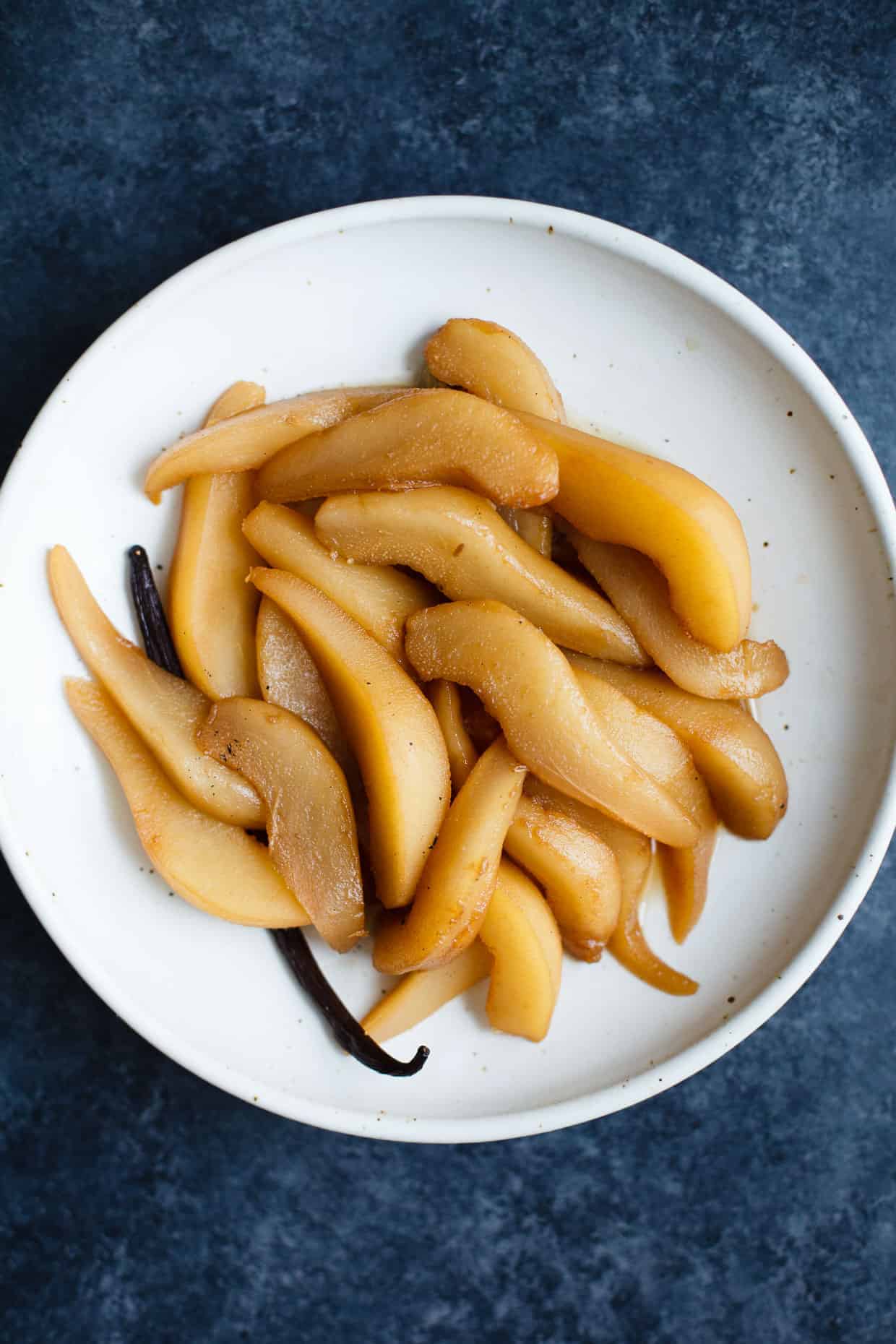 Last week I promised I'd share the sweet variation of my amaranth waffles next, but then I made the most ridiculous (and delicious) waffles that it was just too much to share in one post without cueing major eye rolls: gluten-free sweet amaranth waffles with spiced chai poached pears, chai pear syrup, and candied popped amaranth. So let's take it one step at a time and do what I did in real life: poach the pears and reduce the pear syrup ahead of time in preparation for epic waffles. We'll waffle again soon.

On the day her cookbook shipped, Alanna showed up at my house with a FULL tart just for me boxed up with the sweetest thank you card. It was her big day and she was bringing me presents?! What is this insanity? Pears poached in smoky lapsang souchong tea nestled in a delicate custard bundled up in a chestnut crust. It was insane delicious with hints of banana notes and I ate the whole thing.

Inspired by her use of tea instead of wine to poach the pears, I mulled these spiced chai poached pear slices as the topping for my sweet amaranth waffle variation (coming soon!). With a balance of traditional masala chai aromatics - from ginger to cinnamon to fennel seed to black peppercorns - these pears are spicy and roasty and sweet and warm and I want to put them on all the fall things. 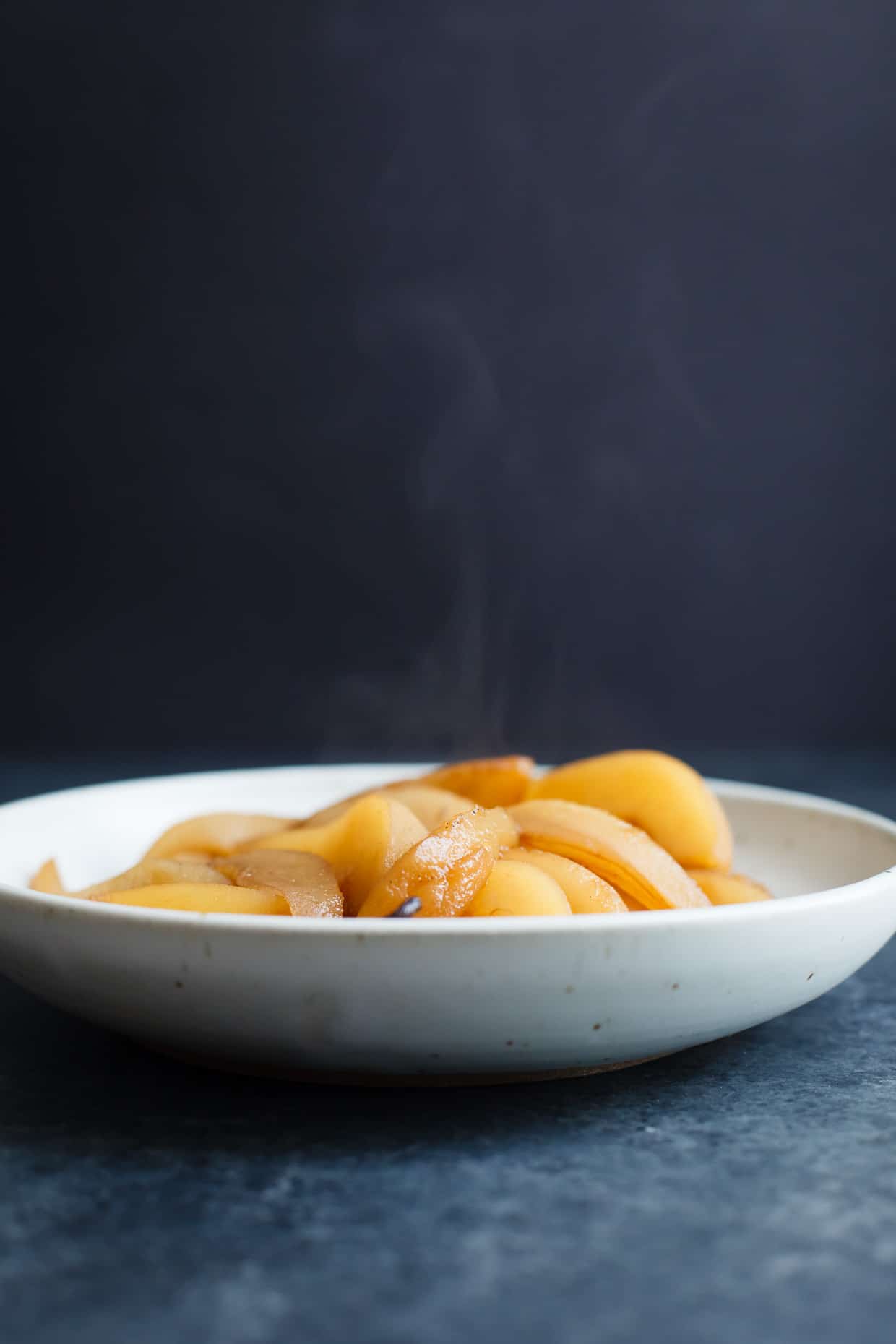 As I was typing up the recipe a second ago, Lucas came in the room and said, "I like how you're sitting there alone smiling at yourself right now, Sarah."

These pears are so damn good that the mere thought of them - pears brewing in black tea with vanilla beans, ginger, cardamom, etc. - MAKES ME SMILE when no one is watching.

While you could certainly poach the pears whole or halved, I sliced them before poaching to deeply infuse each bite with spice. When the pears were fragrant and soft, I ladled them out and reduced the poaching liquid into a chai pear syrup that is - dare I say - better than honey or maple syrup. Serve the pears atop waffles or yogurt or vegan vanilla bean ice cream or even vanilla bean haupia. Then douse it all in a drizzle of chai pear syrup.

I highly recommend stacking the pears up with crispy amaranth waffles. Todd and I made lettuce wraps and scheduled the post for next week though, so we'll prep pears, then lettuce wraps, THEN waffles. We will get to the waffles, though, I promise. And they're so worth the wait. 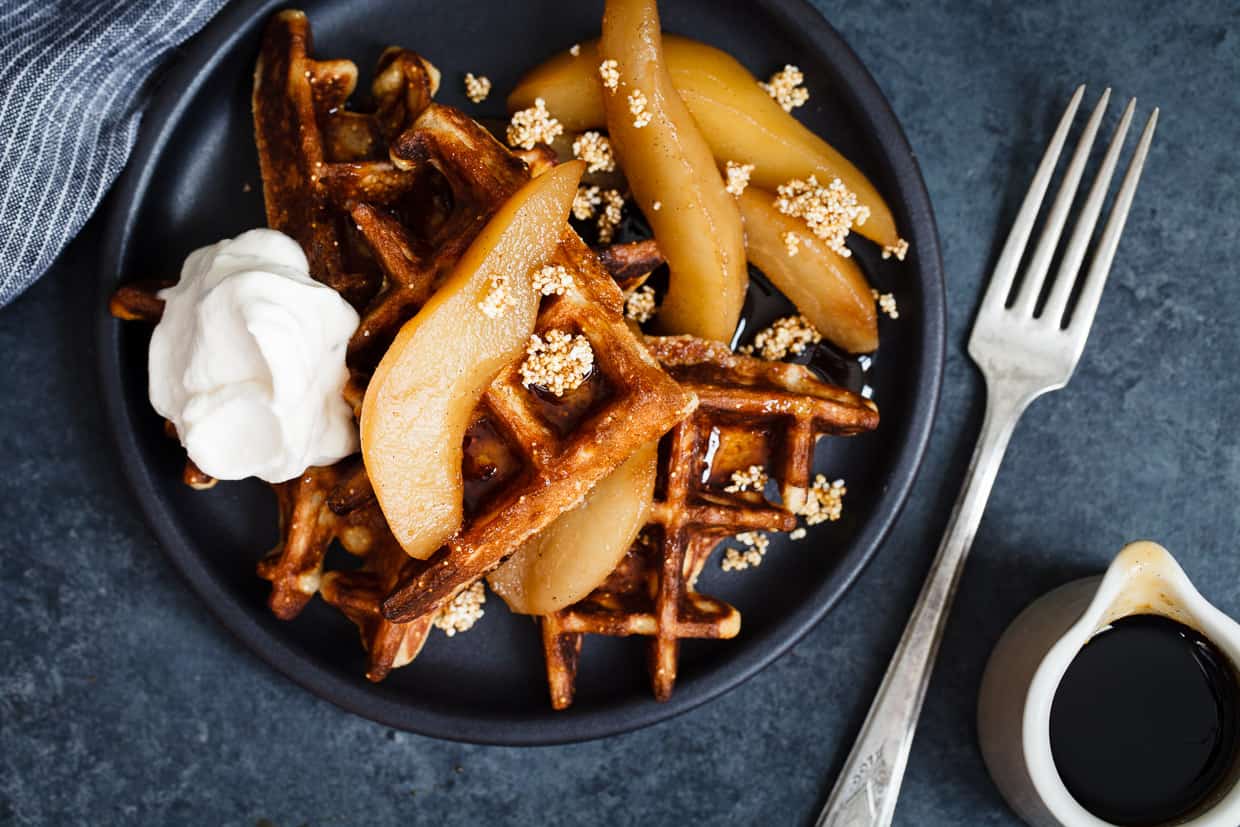 The poached pears will keep in the fridge for up to 5 days.

*I used a stainless steel pot on a gas burner, but one reader said it took her longer to reduce the pear syrup. If this happens to you, try adding an additional tablespoon of sugar and increasing the heat slightly - it will eventually reduce! Also, if you doubled the recipe, the syrup will most definitely take more like 10-15 minutes to reduce. 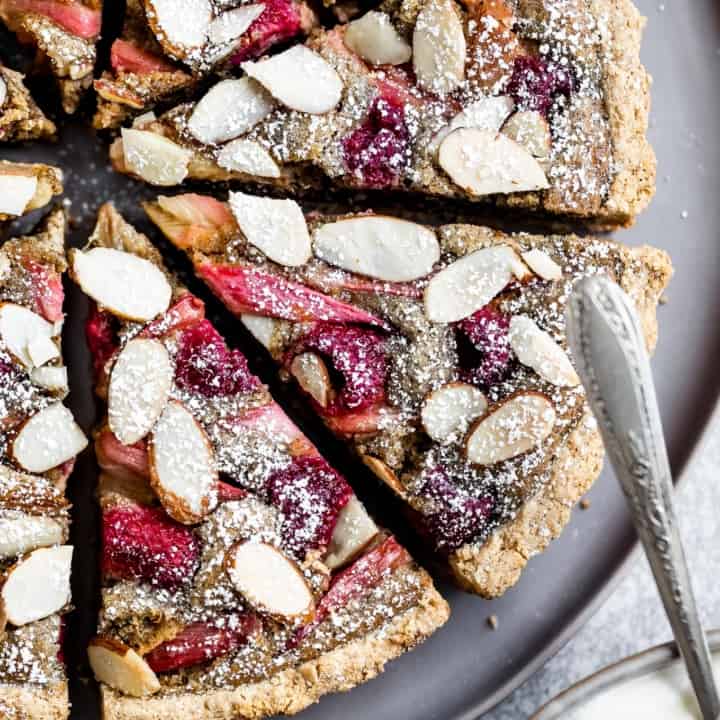 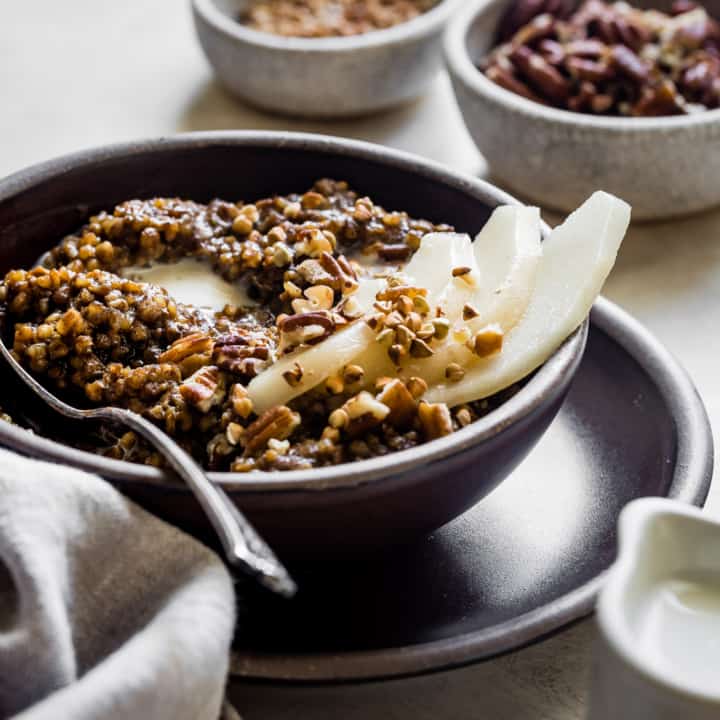