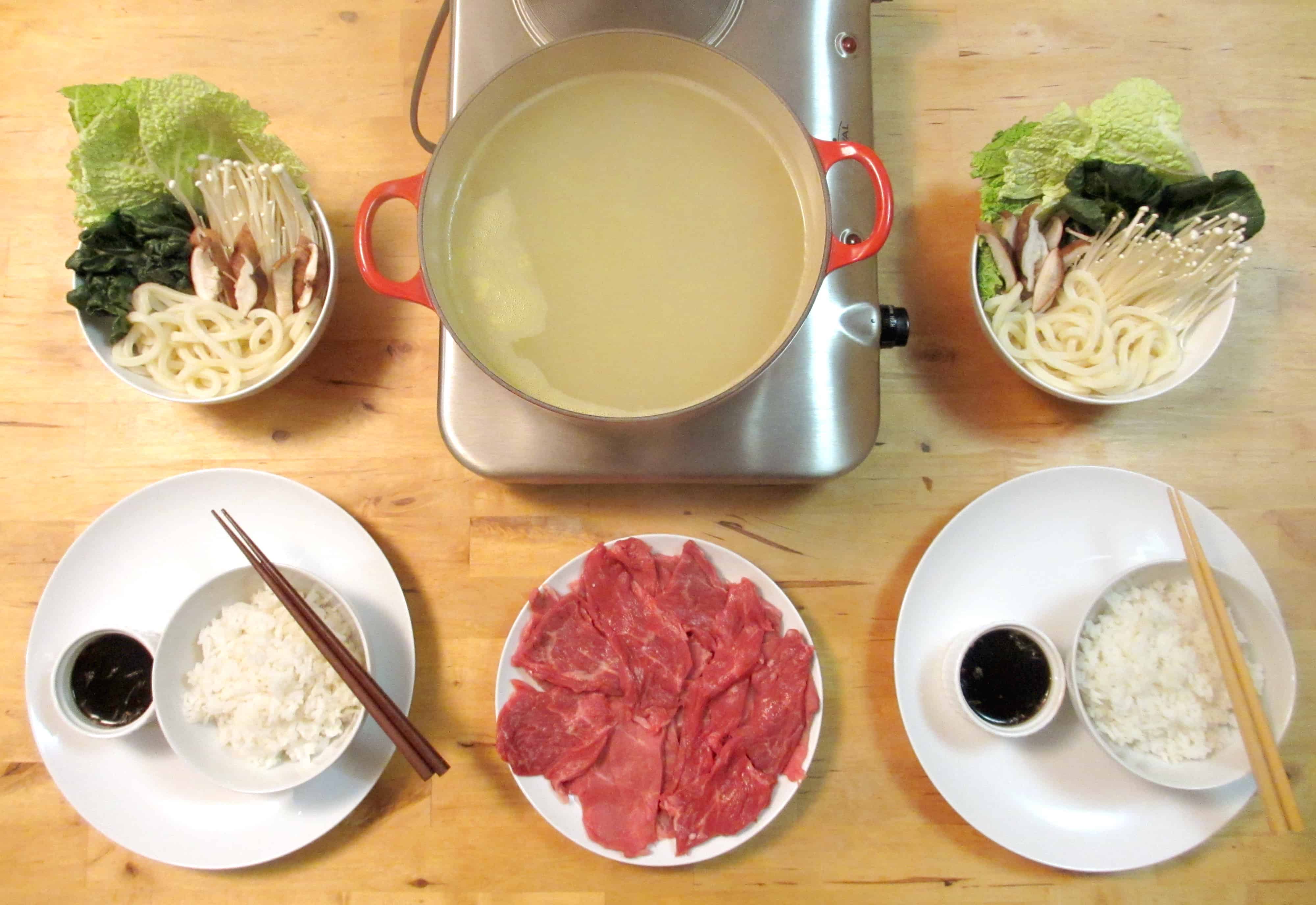 One of our choice date night meals is Shabu Shabu or, Japanese hot pot. Unfortunately, it also costs an arm and a leg (and you even cook your own food!). Shabu Shabu (named for the “swish swish” sound of the beef being stirred in the water) is a dining experience where you cook your own vegetables, udon noodles, and sliced sirloin in a pot of boiling water. You then dip each piece in ponzu or peanut sauce and enjoy with a bit of white rice. 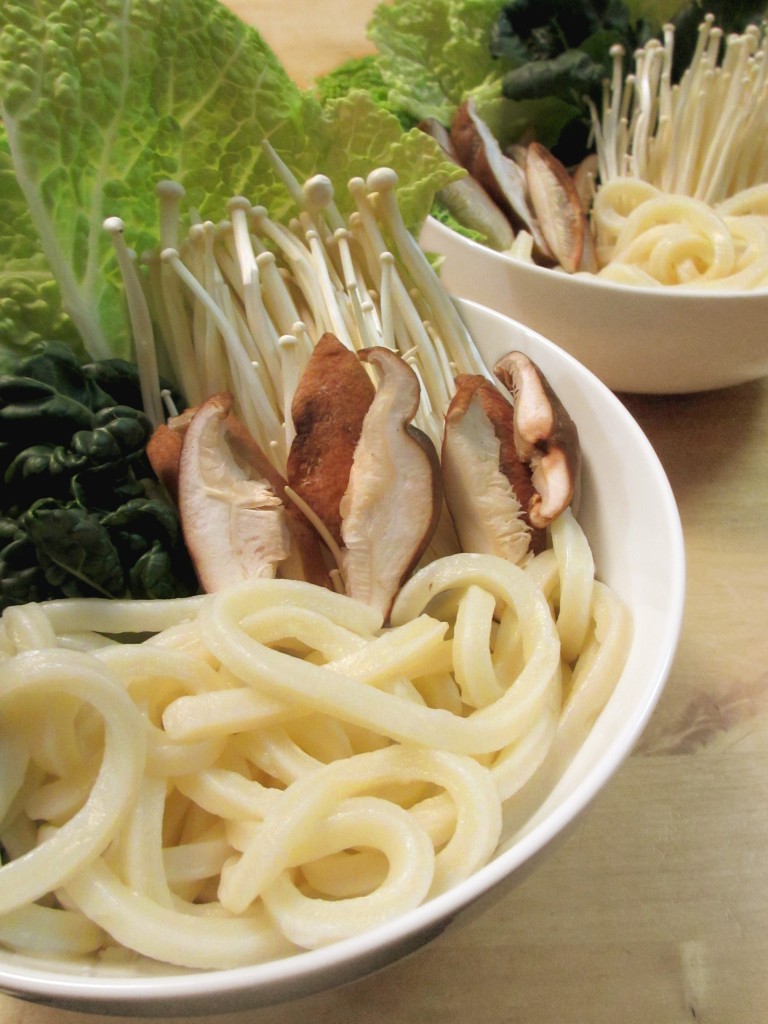 The first time I encountered Shabu Shabu was in Little Tokyo, Los Angeles, and the cook in me was instantly sold. A friend and I kept up a weekly date to Little Tokyo where we’d dine on Japanese hot pot and top the night off with a ball of mochi ice cream. My frequented Shabu Shabu restaurant became a go-to tourist attraction whenever my family or friends came to visit. That is, until it closed unexpectedly leaving me so very sad and so very hungry. I didn’t have Shabu Shabu again until I moved to Berkeley two and a half years ago, but it wasn’t for lack of trying. When I discovered a Shabu Shabu restaurant not too far from my new digs, I felt like I’d hit the jackpot. While Lucas and I love this dining experience, we don’t love the outrageous prices. More specifically, we don’t love paying for food we know we can make. So we did. 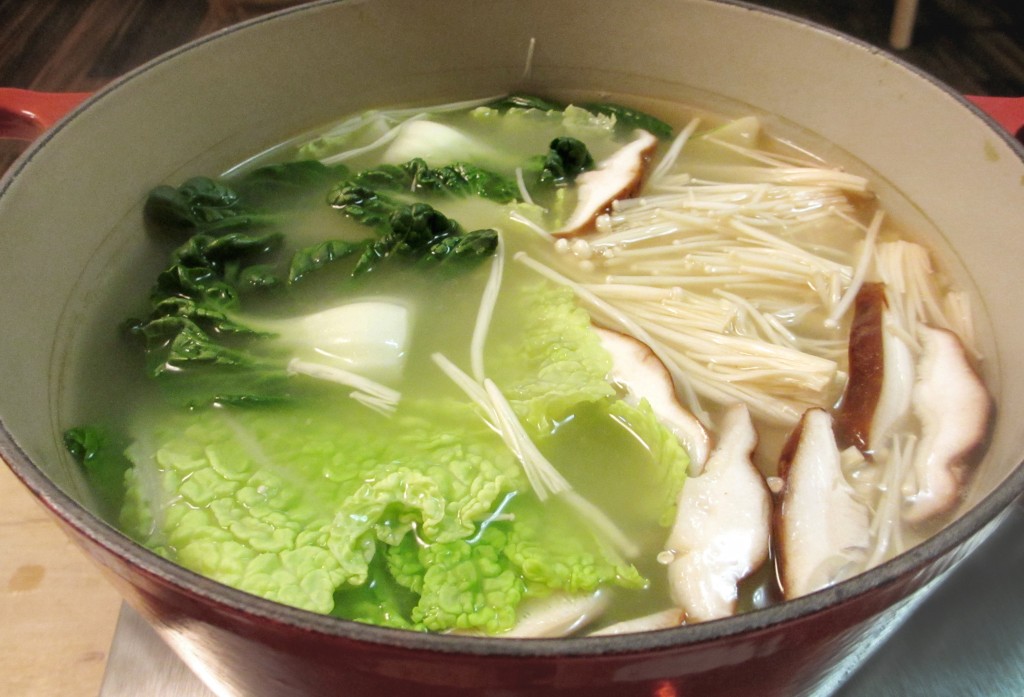 We borrowed our landlord’s camping hot plate, and transformed our (coffee/kitchen) table into a Shabu Shabu feast with bowls of food lined up and ready to dive into the boiling water. We had an exciting date night in the middle of the week from our living room couch for only a fraction of the price. 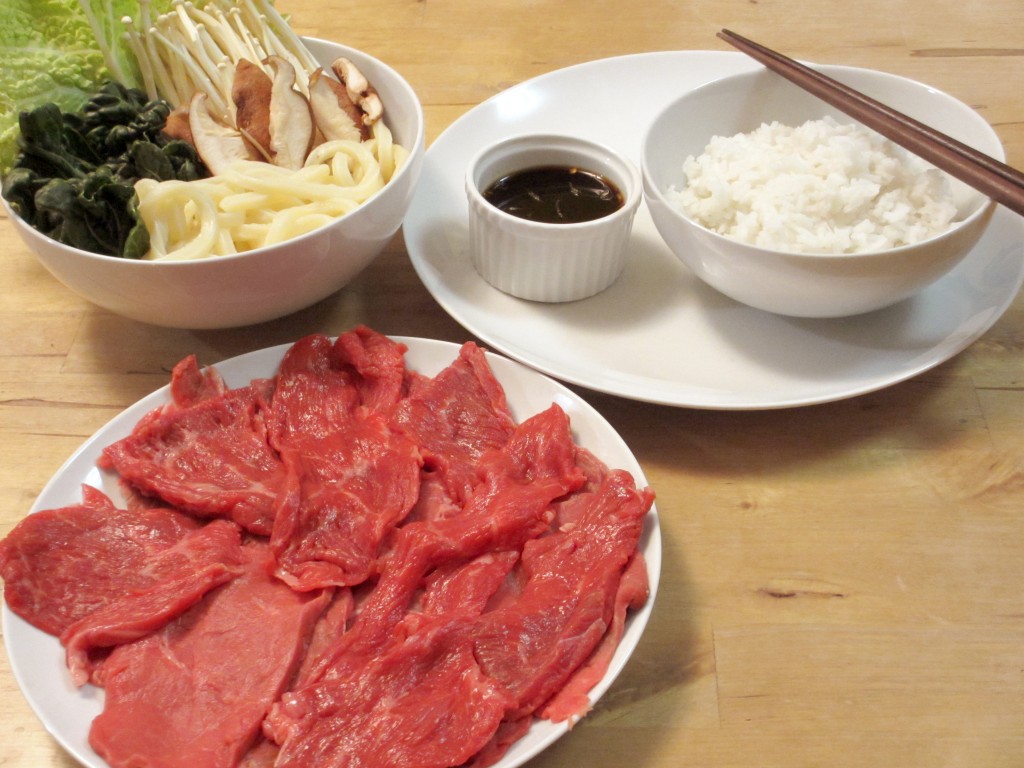 I hit the nail on the head as far as flavors go, but our one critique is that the beef wasn’t sliced thin enough. Thinking the butcher would be much better equipped than I am to slice the sirloin paper thin (almost like carpaccio), I called on his help. Next time, though, I think I’ll lightly freeze the beef for a couple of hours and then, using a mandoline slicer or by hand, slice the beef. Research also tells me that to get the meat paper thin, I might need to pound it with a mallet after I’ve sliced it. The point is, I will be making Shabu Shabu at home again. 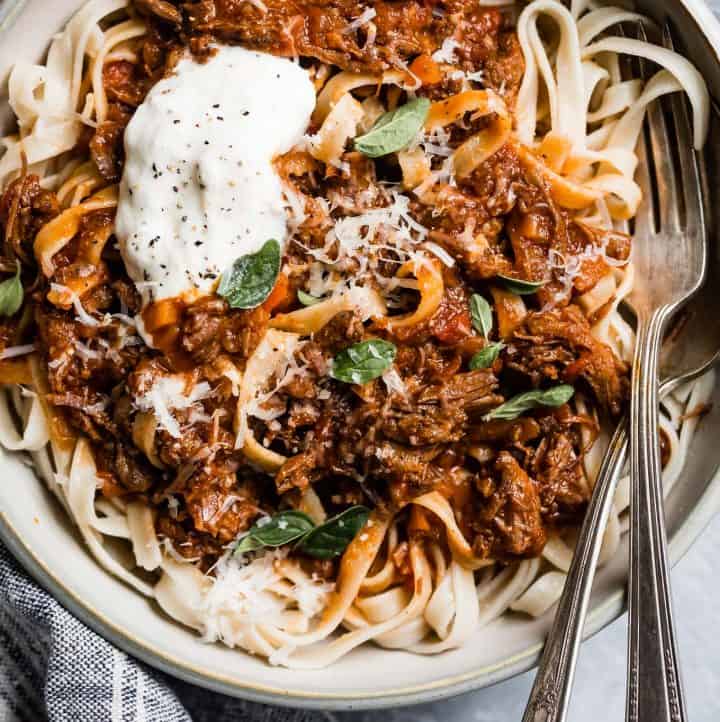 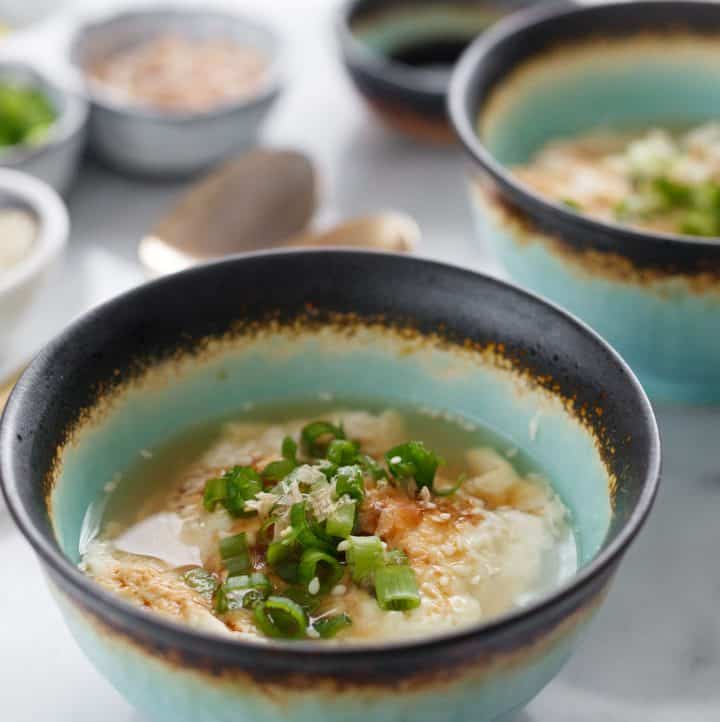 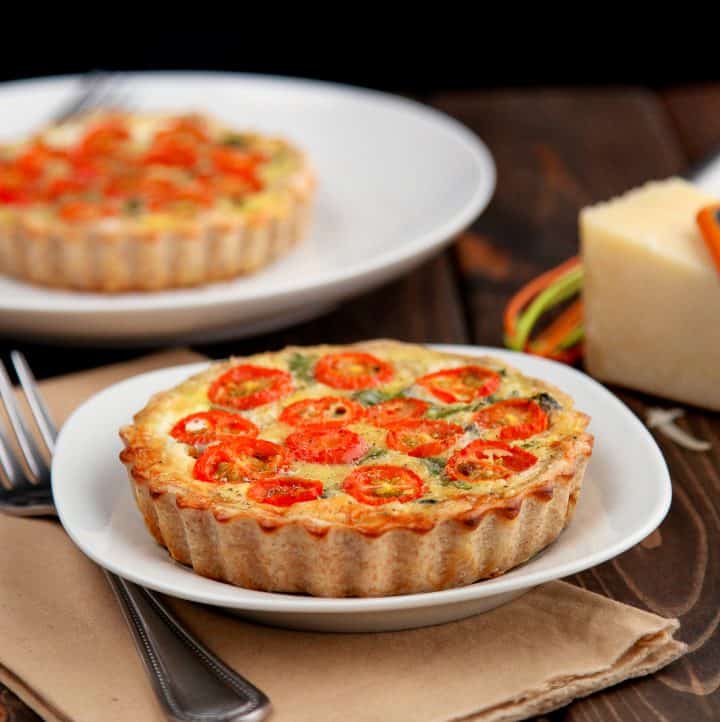