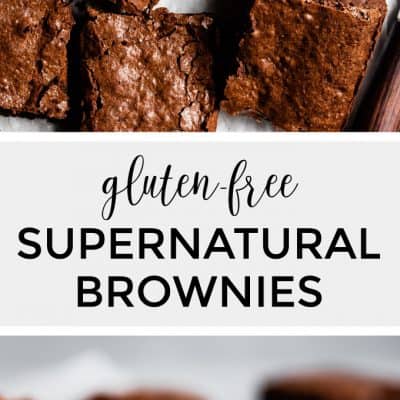 Gluten-free supernatural brownies with incredibly fudgy and gooey centers and a thin crackly sugar crust. They're rich and addicting, getting even more delicious over time! 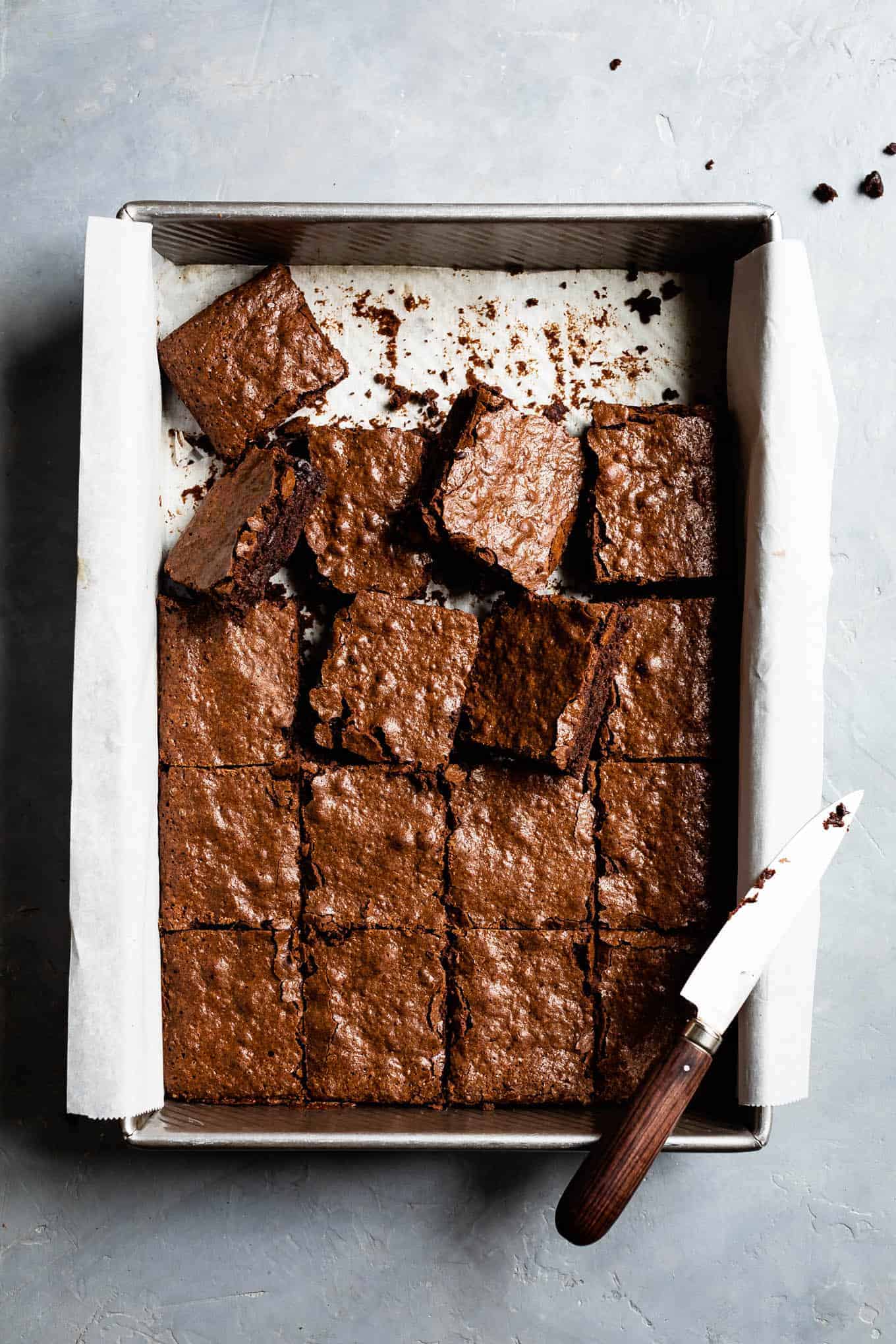 If a recipe takes ME only 30 minutes, you can rest assured it takes Lucas double or even triple the time (and somehow also every dish in the house). We laugh about it - he's well aware. He argues that it's because he doesn't have the experience to skim through a recipe and decide the most efficient order to prepare things or determine what should happen concurrently. That's a very underrated kitchen skill! (And so is doing the dishes while cooking.) So, he does each thing in order completely before starting the next, painstakingly slow.

That's where my friend Michelle's new cookbook Weeknight Baking shines. Creator of baking blog Hummingbird High, Michelle wrote a cookbook where all the recipes come together quickly...or quickly over a few nights. And part of how she accomplishes this is by being very explicit about what to do when and in what order.

Take these better-than-supernatural fudge brownies, for example. Throw mise en place out the window. Don't start by measuring every single ingredient out at the beginning because you'll have time to measure the dry ingredients while the chocolate melts and cools. Same with chopping the chocolate - do that while the butter melts. She turns baking into a well-oiled machine so you can make delicious desserts in less time. Perfect for weeknights. 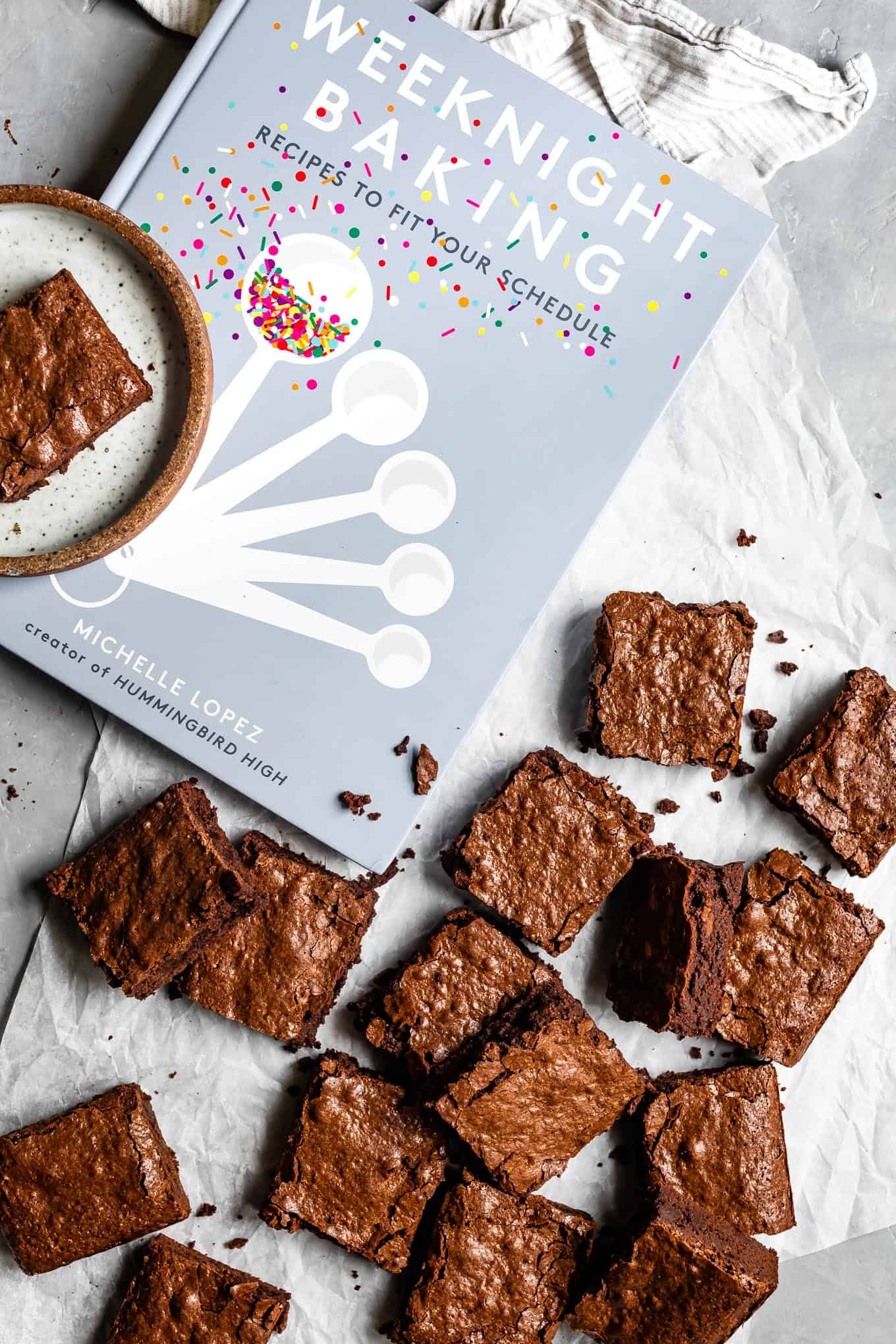 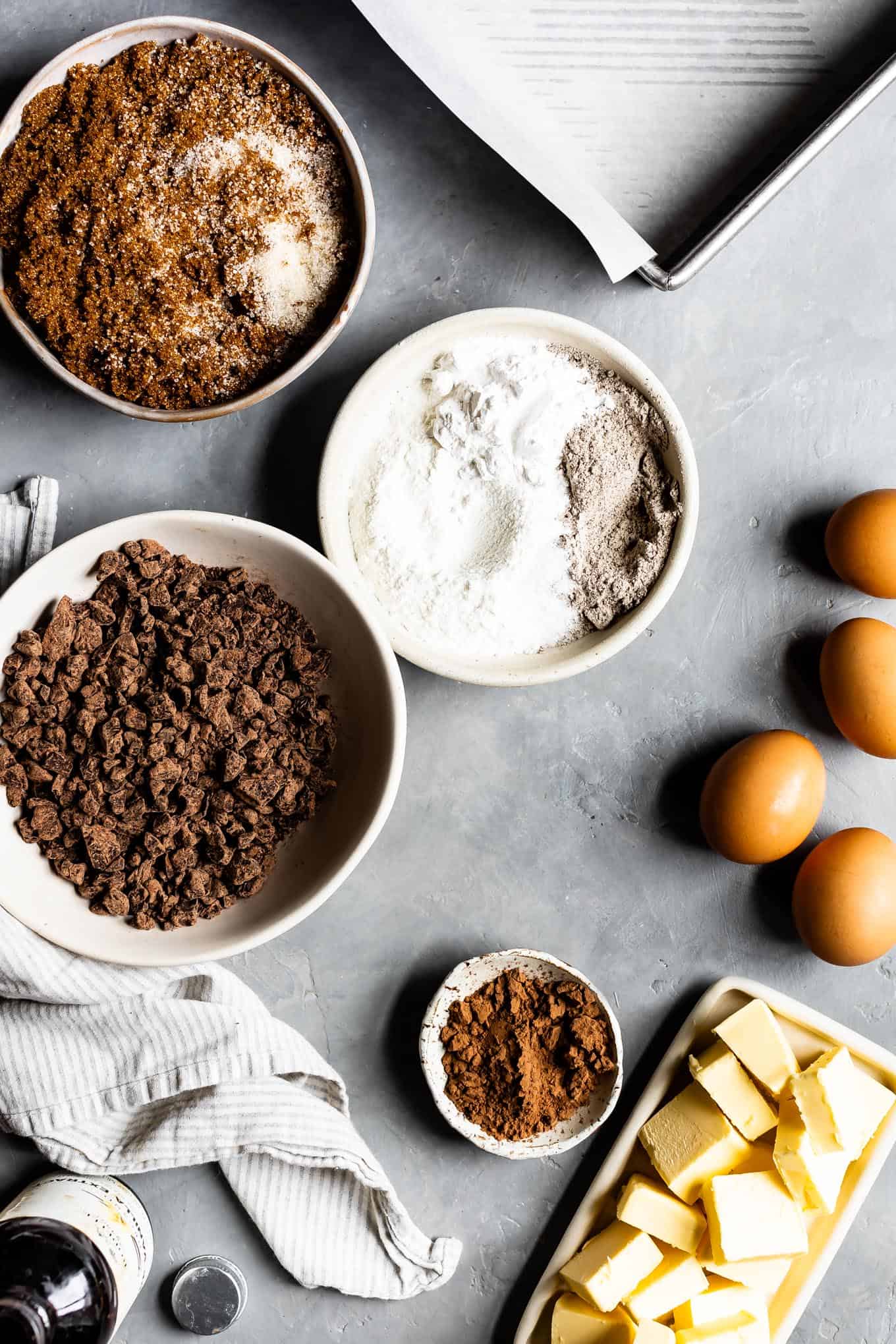 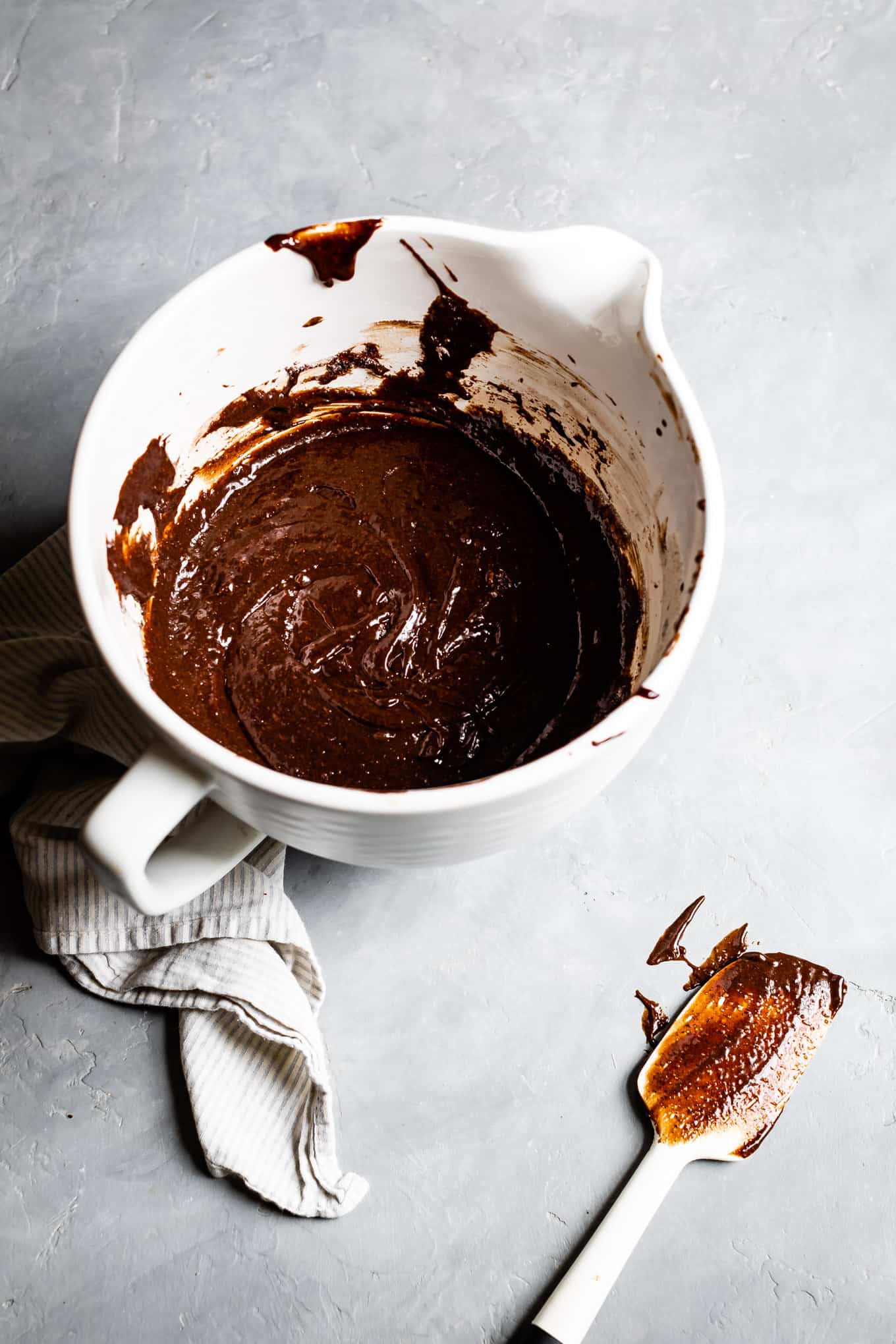 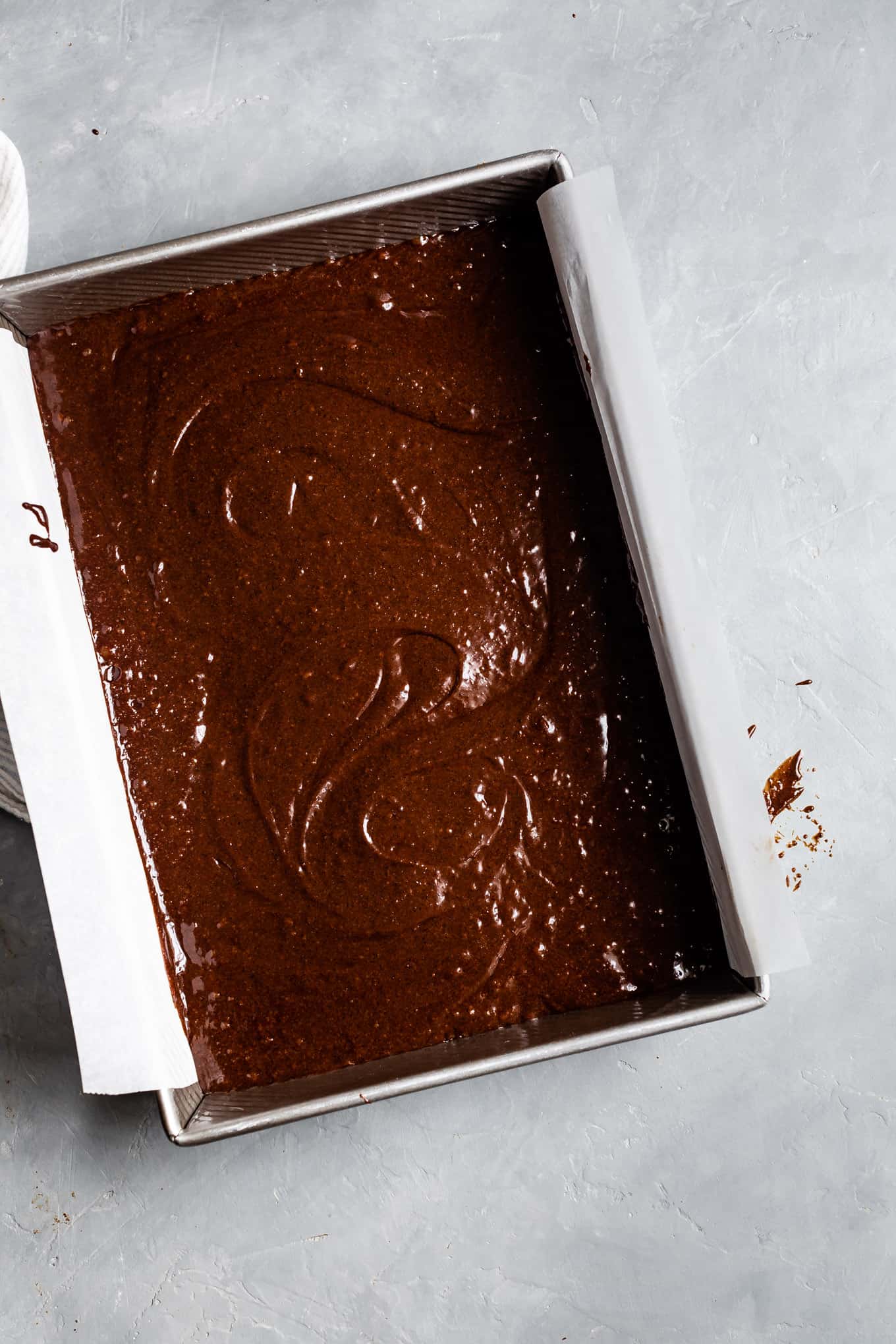 Here I've adapted the base recipe for her better-than-supernatural brownies to create a gluten-free fudge brownie recipe. With their crisp thin crackly crust and gooey fudge centers, they've made my list of the best gluten-free brownies ever.

The key to supernatural brownies is ensuring you don't overbake the brownies. When in doubt, take them out of the oven a tad early, even if they look underdone. They'll continue baking as they cool and you'll have the most unbelievably gooey fudgy chocolatey centers. Bake too long and they'll still be delicious, just a little more dry and fudgy!

Michelle's better-than-supernatural brownies are a chocolate brownie, but she's also thrown in a bit of cocoa powder to enhance the cocoa notes. Best of both worlds. 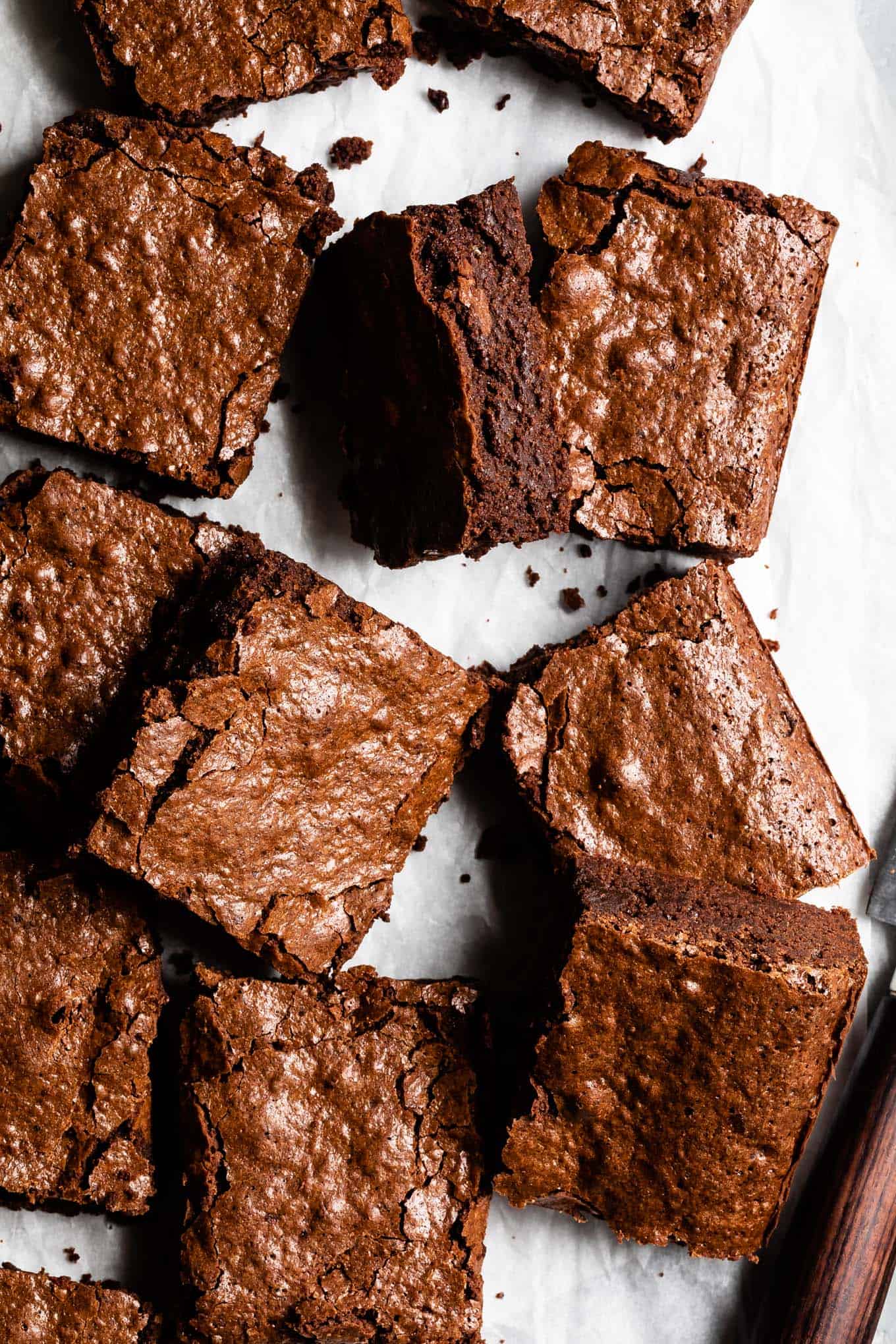 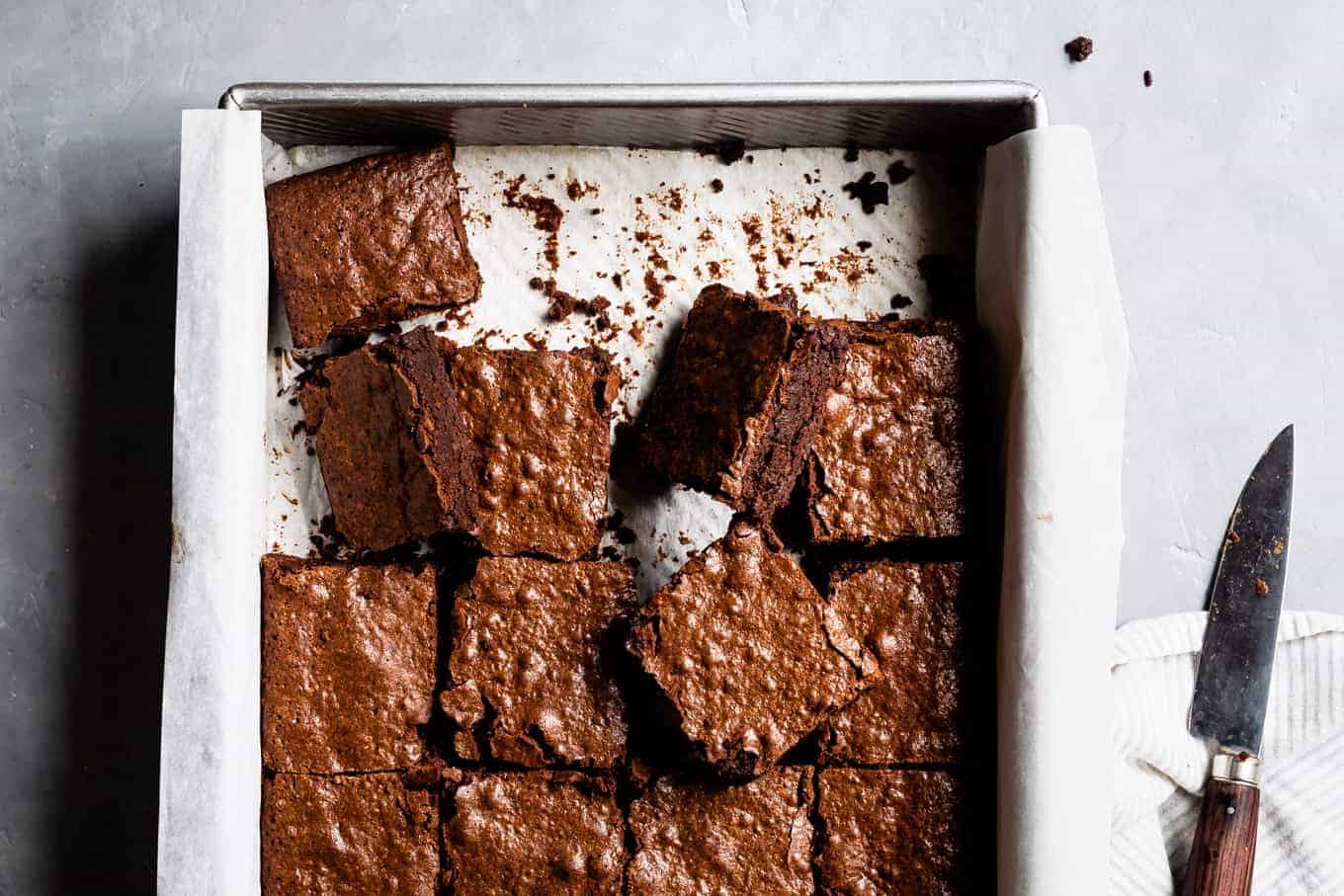 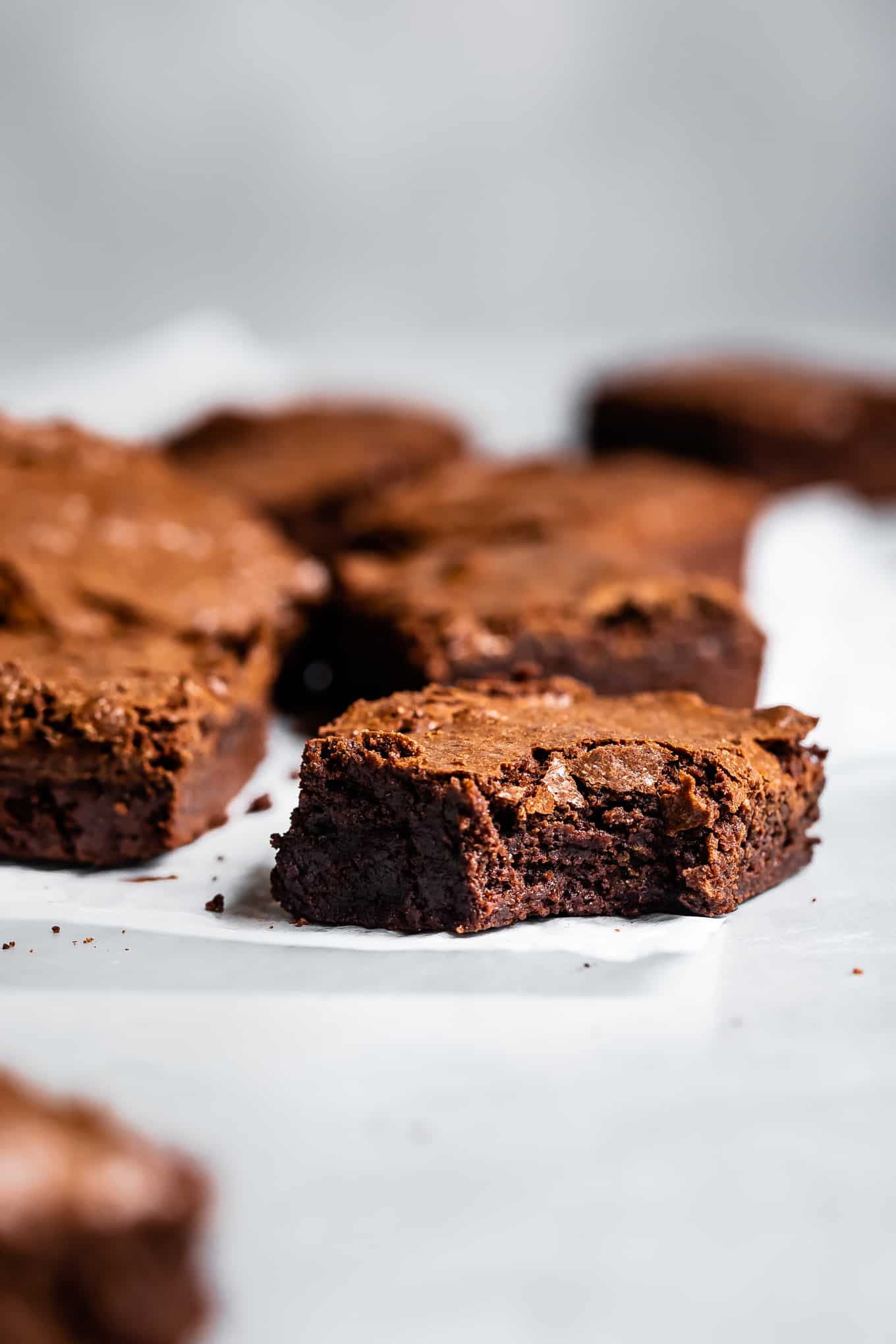 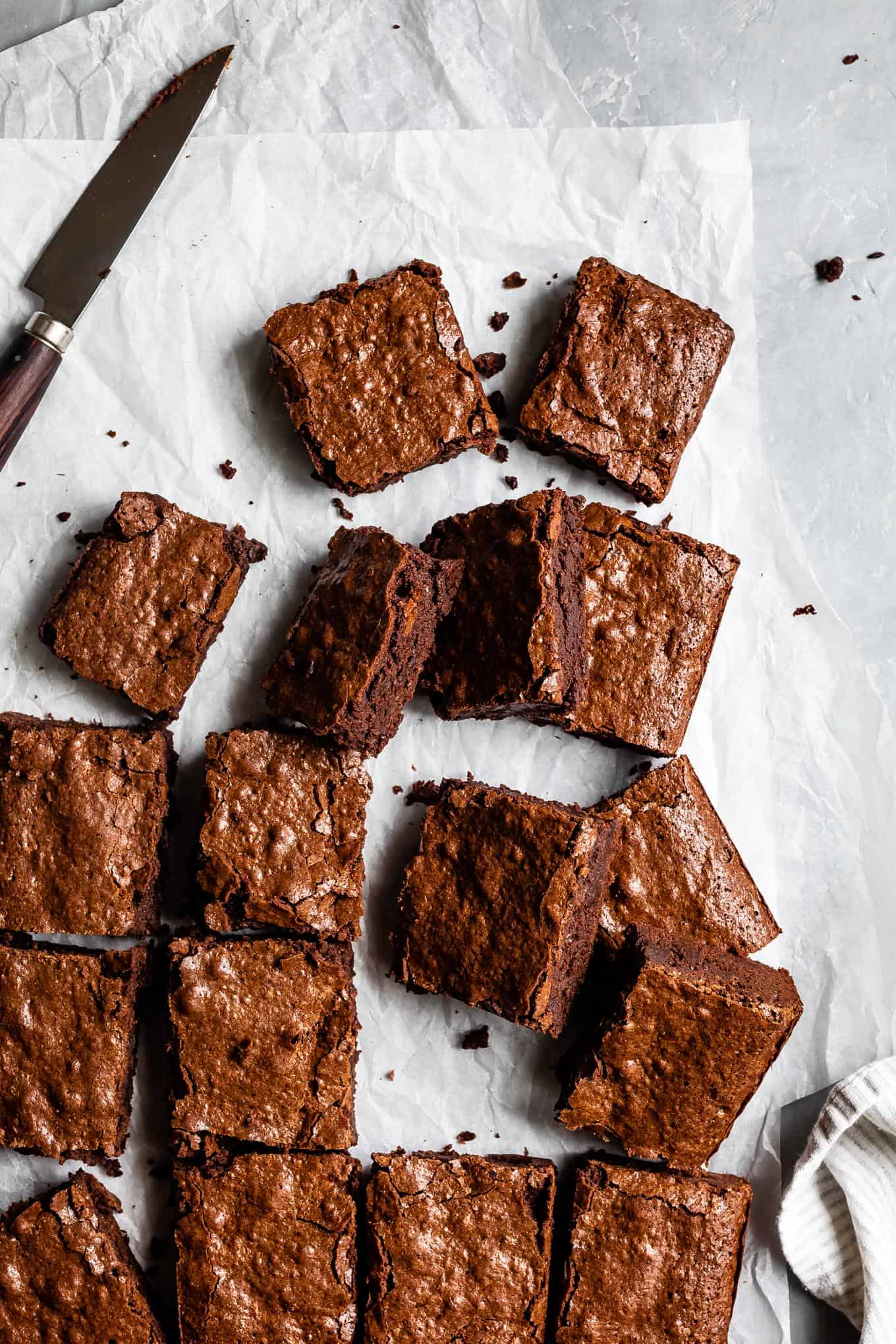 Until now, I was a staunch supporter of cocoa brownies. I have a tried and true recipe for cocoa brownies that I believed knew no match.

How to make gluten-free brownies?

Of all the desserts to convert gluten-free, brownies are one of the easiest. They don't need a lot of flour compared to the rest of the ingredients - usually just about a cup of flour. Here I've subbed out the all-purpose flour in favor of a blend of buckwheat flour, sweet rice flour, and tapioca starch.

Buckwheat flour enhances the richness of the chocolate and cocoa. It's a finely ground soft flour that works well as a base for baked goods. Sweet rice flour adds the chewiness and tapioca supports in binding while also allowing for the crisp crackly crust on top. 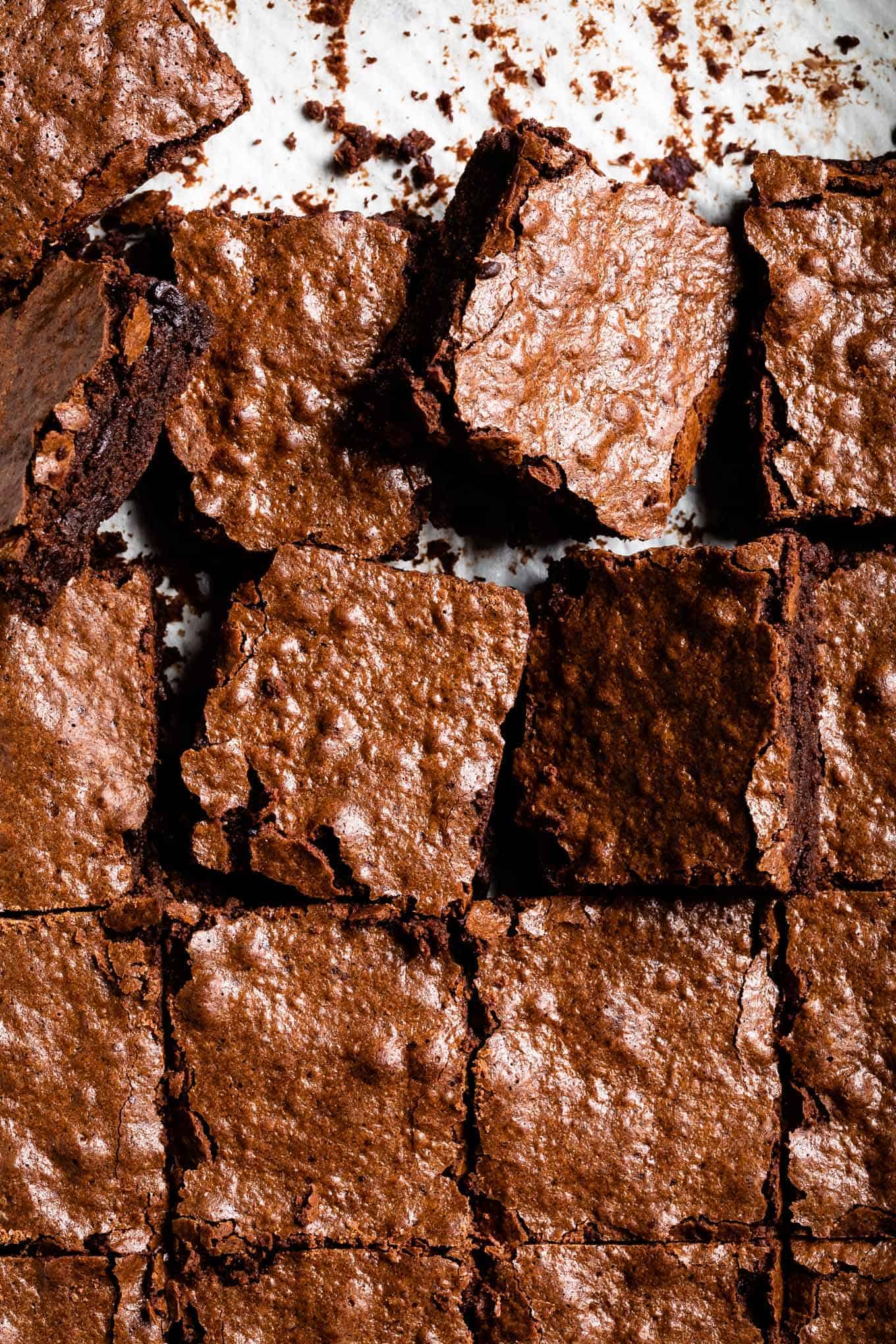