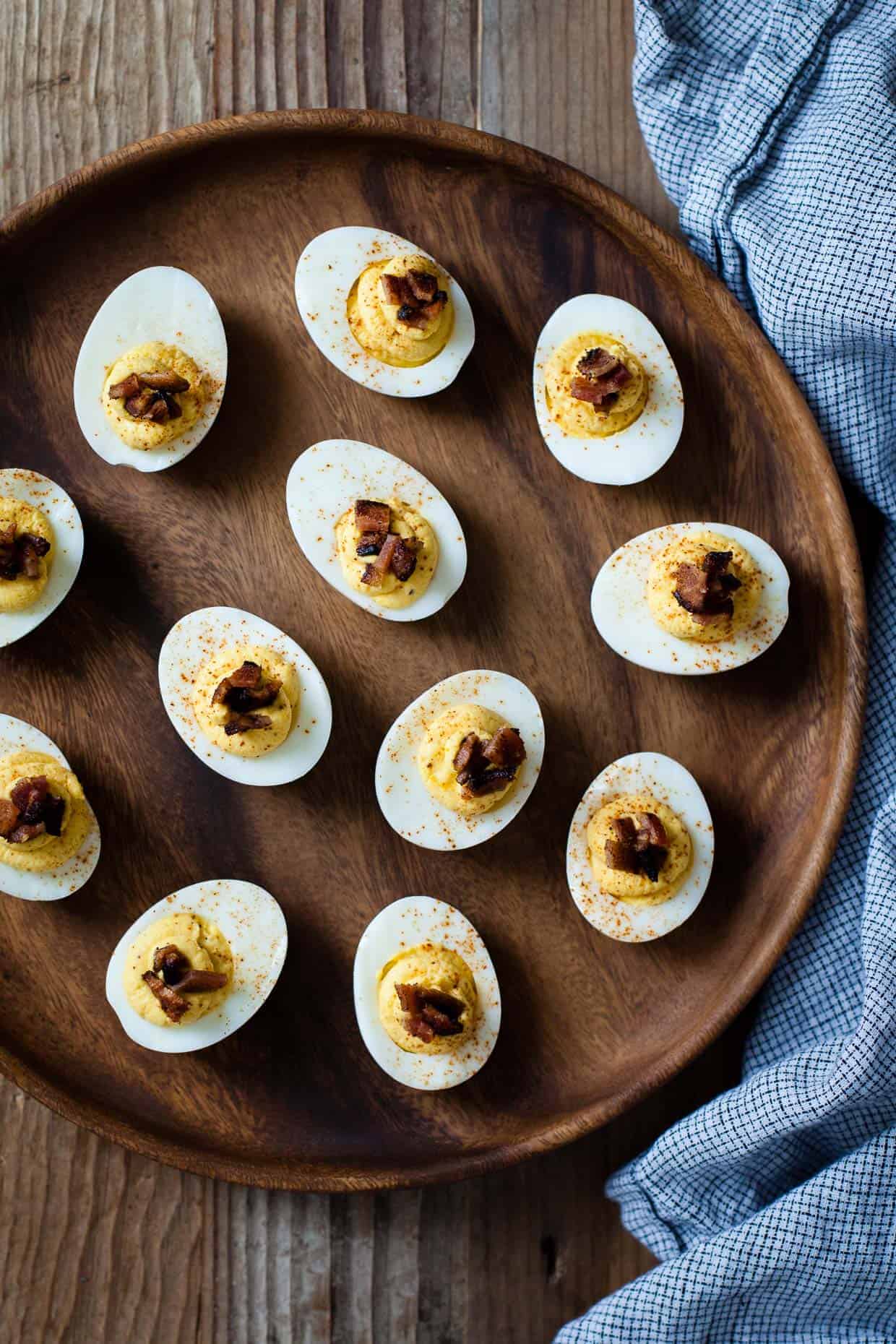 Howdy from Texas! We’re in Austin/San Antonio for a quick trip to visit Lucas’s family and are currently on our last day of binge-eating Mexican food and allofthemeat. We warmed up for our trip by snacking on these spicy butternut squash deviled eggs topped with crispy bacon. 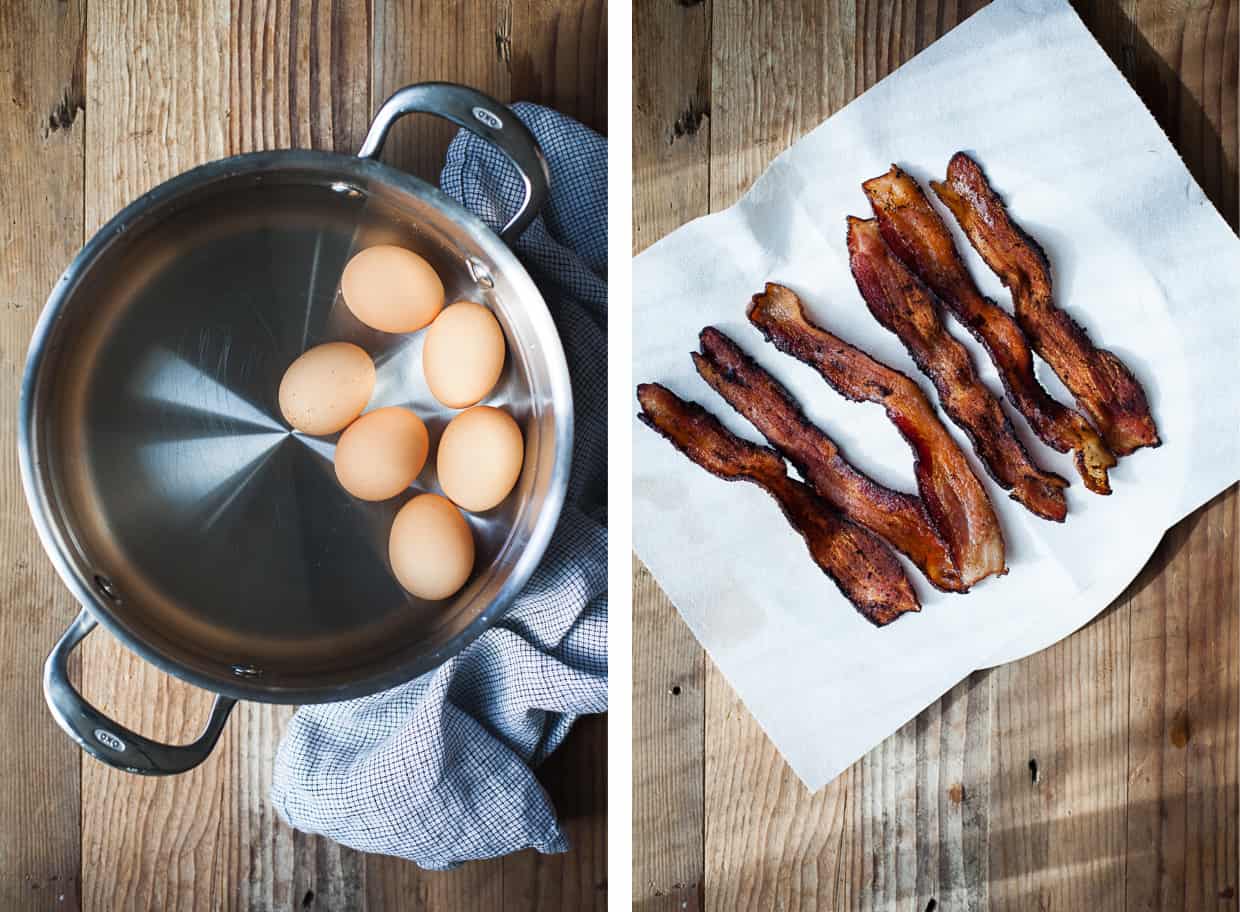 When we return to California tomorrow though, our diet will be all salads all week. We spent Sunday in San Antonio for our own baby shower with Lucas’s fam where his Aunt Janet made her famous Mexican rice to serve alongside a few dozen award-winning pork tamales. Lucas filled up with leftover tamales right before bed. Then around 7am, I woke up to the stench of pork tamales in the bedroom that had me convinced he’d snuck a tamale home in his pocket.

Worse. He had tamale scent SEEPING out of his pores! My husband turned into a tamale. This is just about the worst smell for a pregnant lady to wake up to…especially when there are no tamales anywhere in sight. 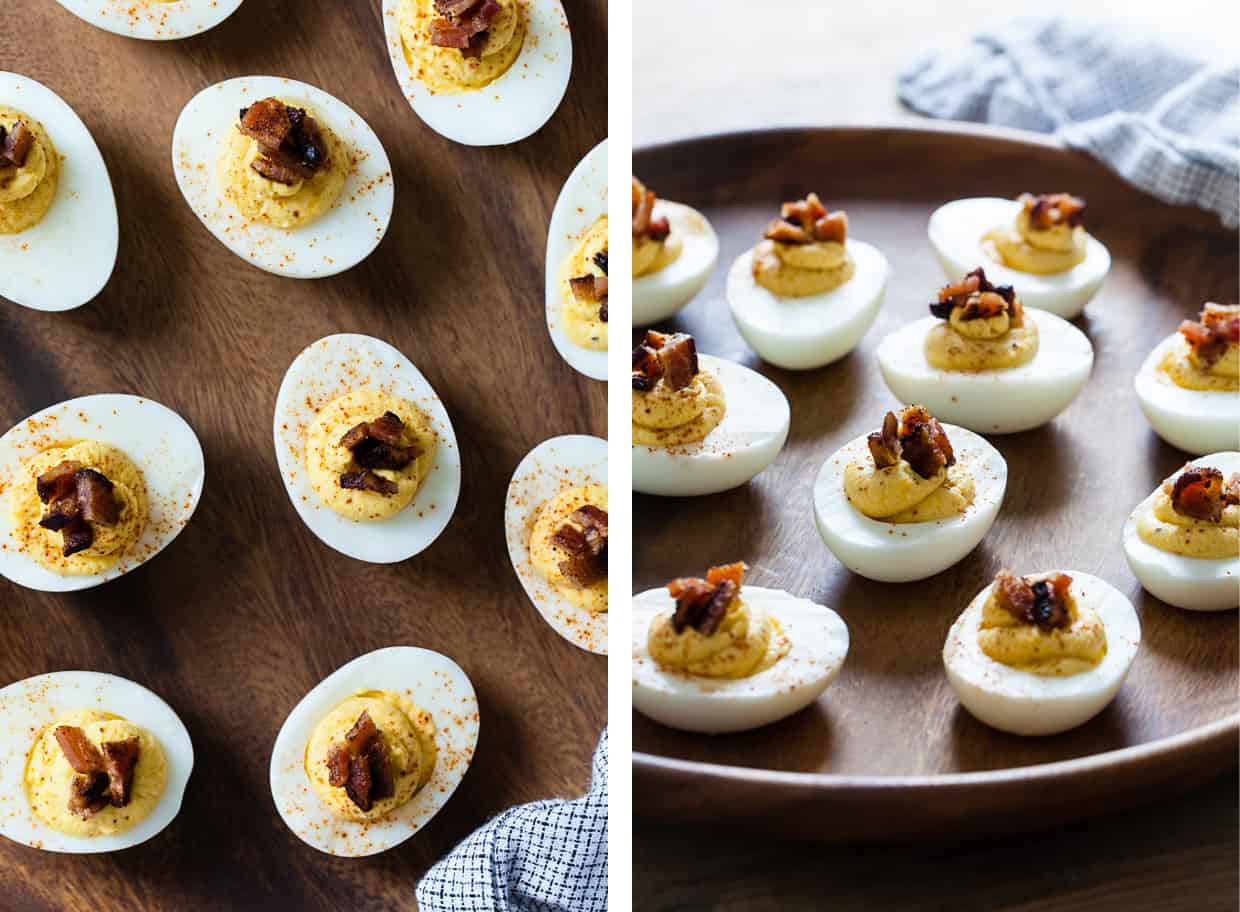 These deviled eggs are my fall-inspired contribution to David from Spiced Blog‘s dude-food themed virtual baby shower! Congrats on welcoming a new lil’ dude taste-tester, David! When Chris reached out to see if I was game for the shower and gave “dude food” as the only rule, I knew bacon would make it in there somehow.

Doubly perfect since, at 24 weeks, our own growing #cheesebabygirl is approximately the length of a slice of bacon – just under a foot long.

I’m sure she’ll thank me later for comparing her to a slice of bacon.

Here’s an up-to-date list of the baby-by-food sizes so far. The large size jump from week 19-21 marks the point at which she’s measured head to toe versus crown to rump. 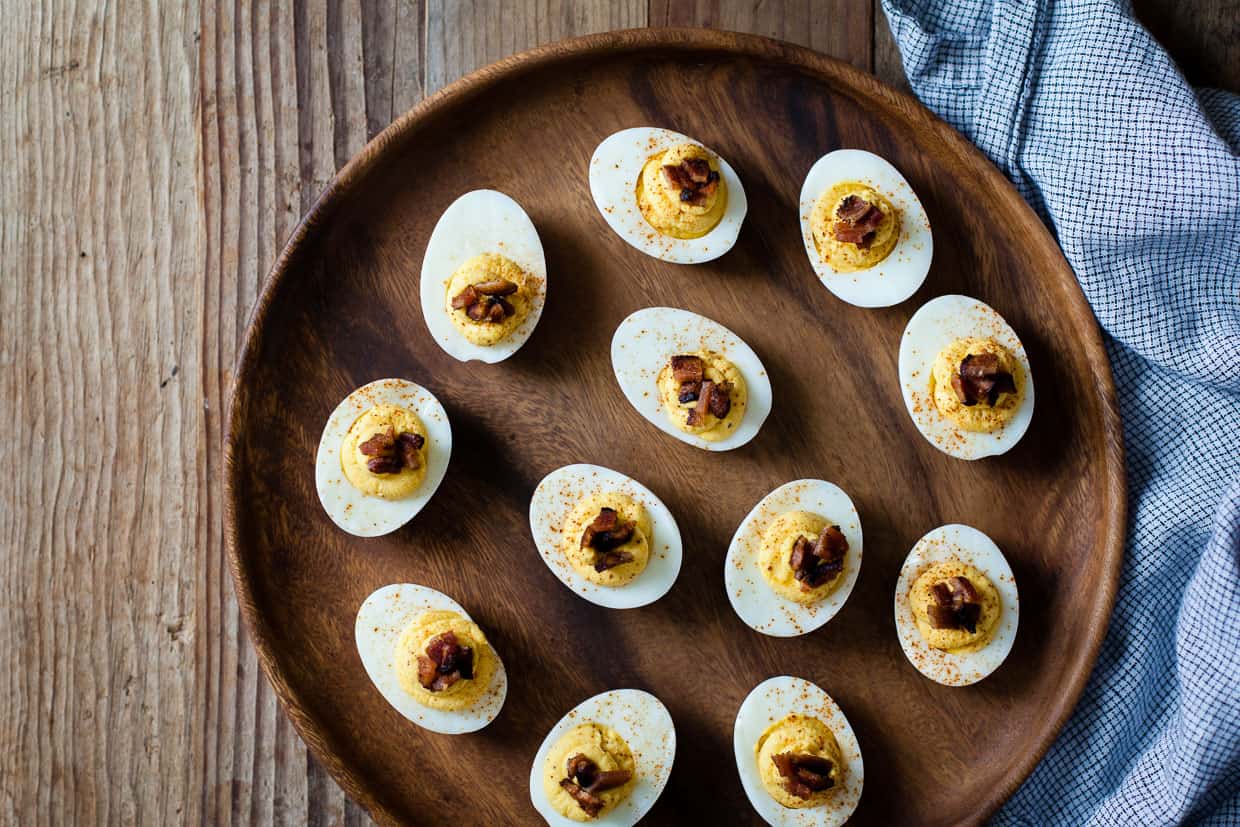 Mixing butternut squash purée and a pinch of nutmeg into deviled egg filling adds a tinge of sweetness that’s offset with a dash of cayenne and some crispy savory bacon on top to spice things up. Put them on the table at your Halloween shindig or while watching football on Thanksgiving day and they’ll disappear instantly. Fall dude food. Cheers to David, Laura, and their soon-to-be new dude! 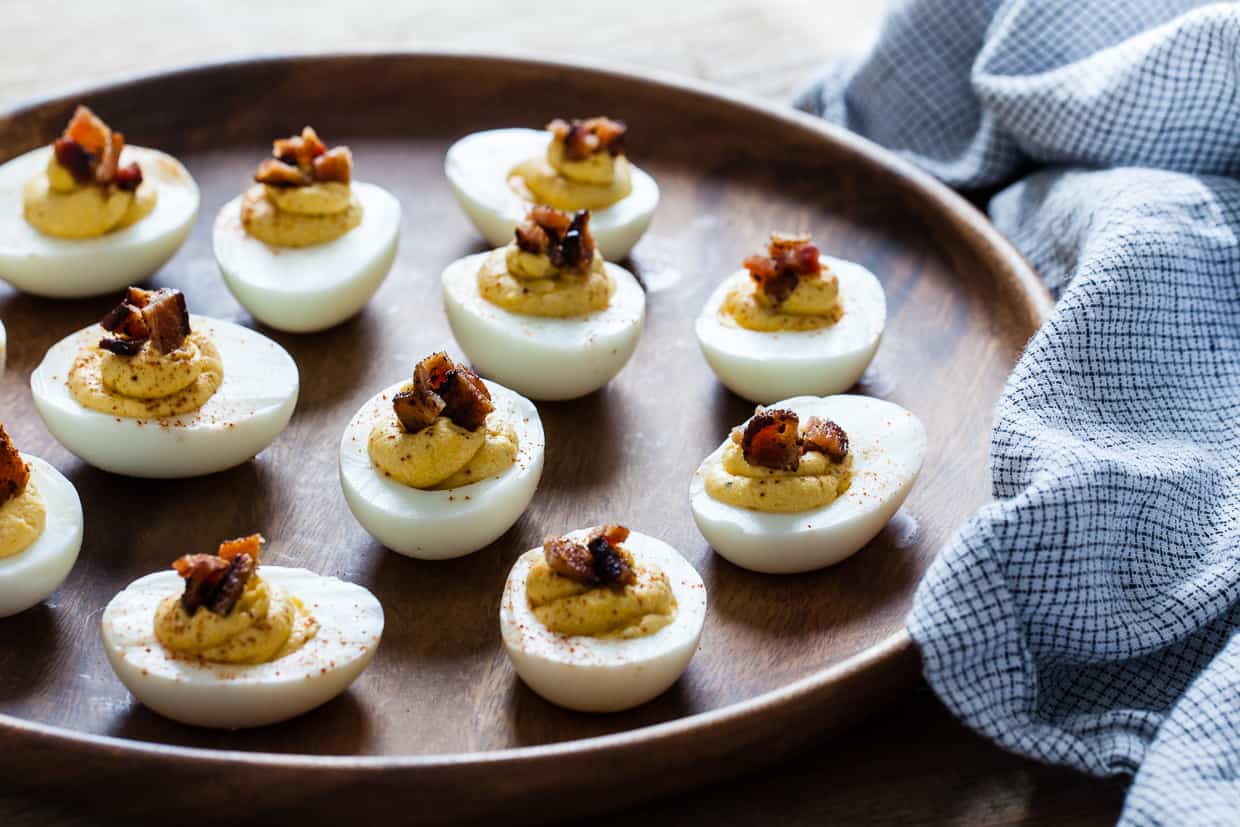 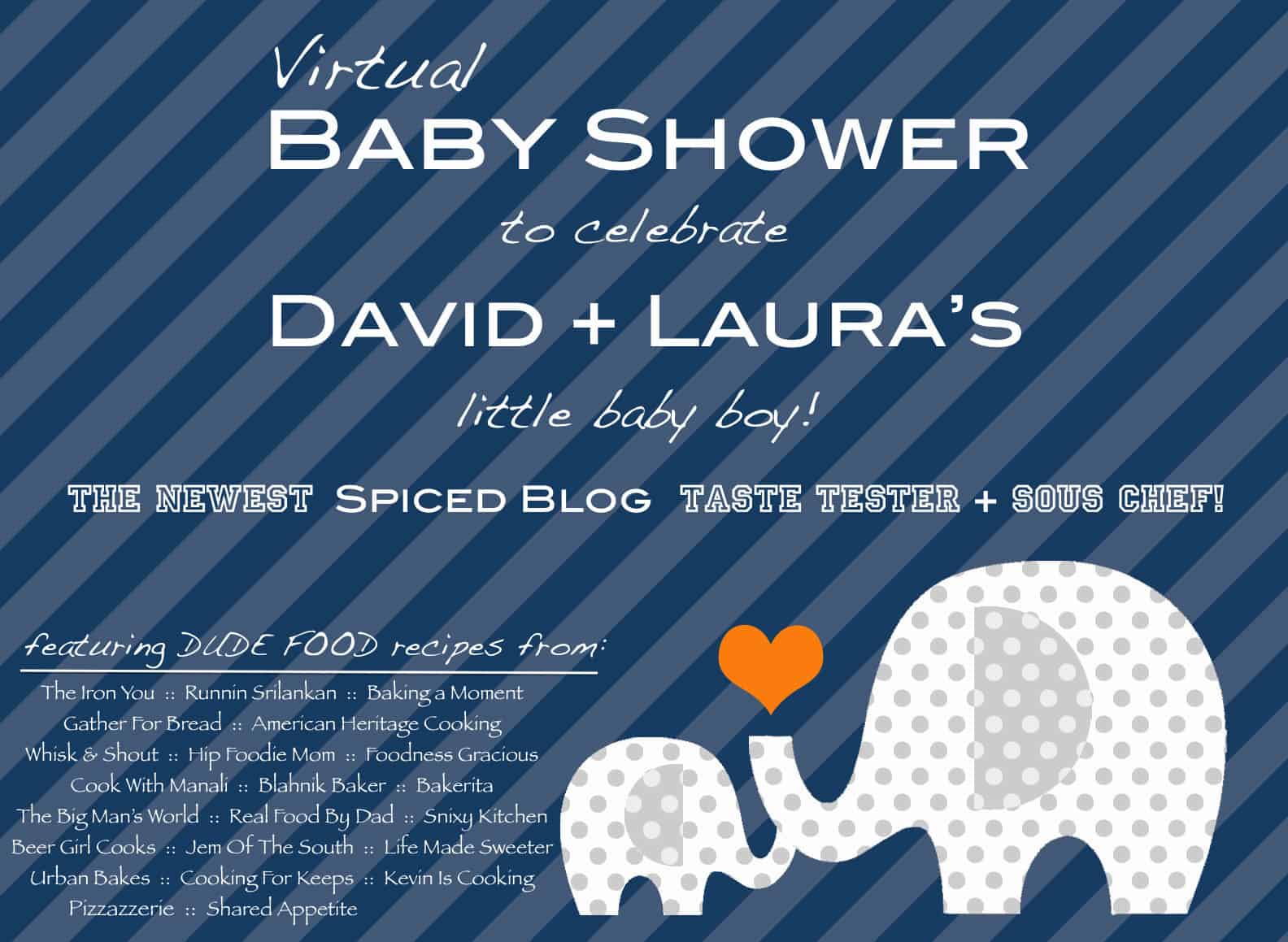 Hop around these awesome blogs to see what other dude-food folks have cooked up to celebrate!

Cinnamon Churros by Cook With Manali

Ham Potato and Corn Chowder by Gather For Bread

Wolfpack-Style Meatballs by The Iron You

Pecan Praline Popcorn by Jem Of The South

No Bake Pumpkin Cheesecake Pecan Tarts by Kevin Is Cooking 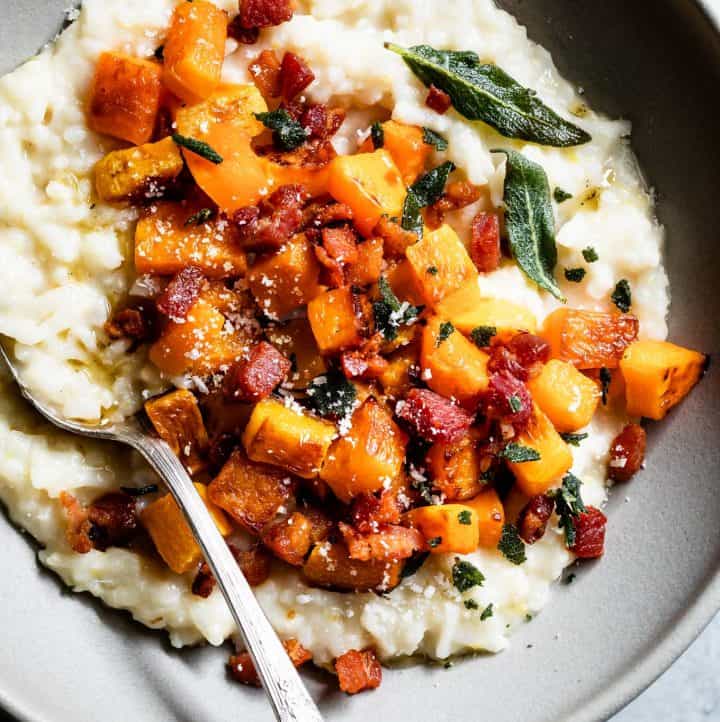 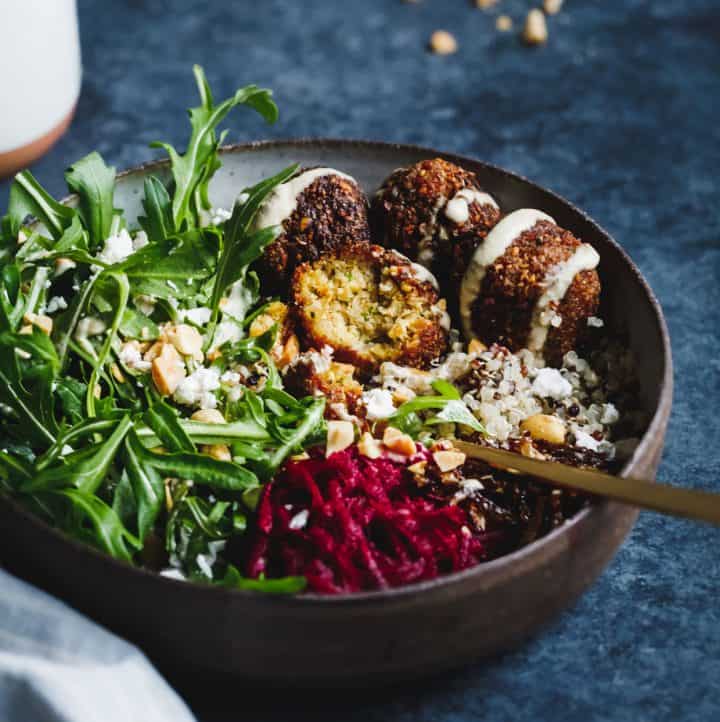 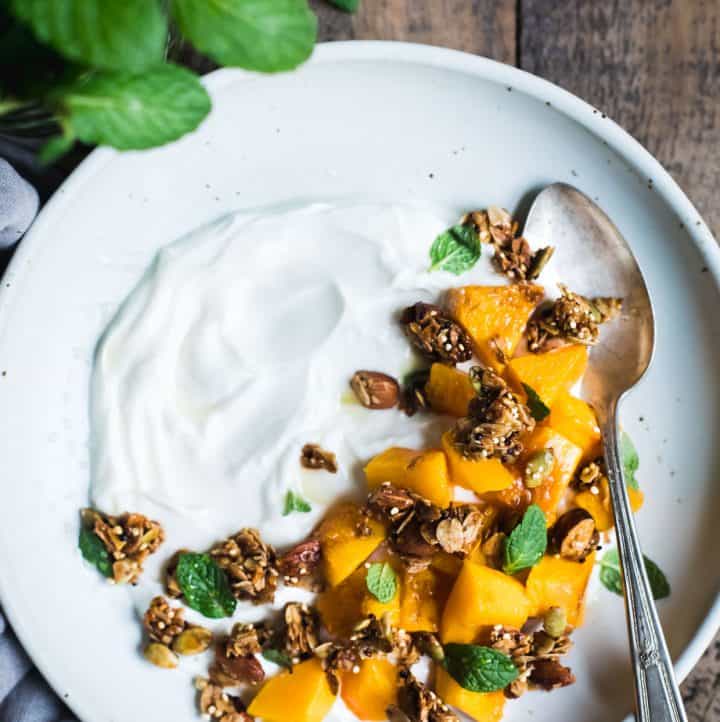 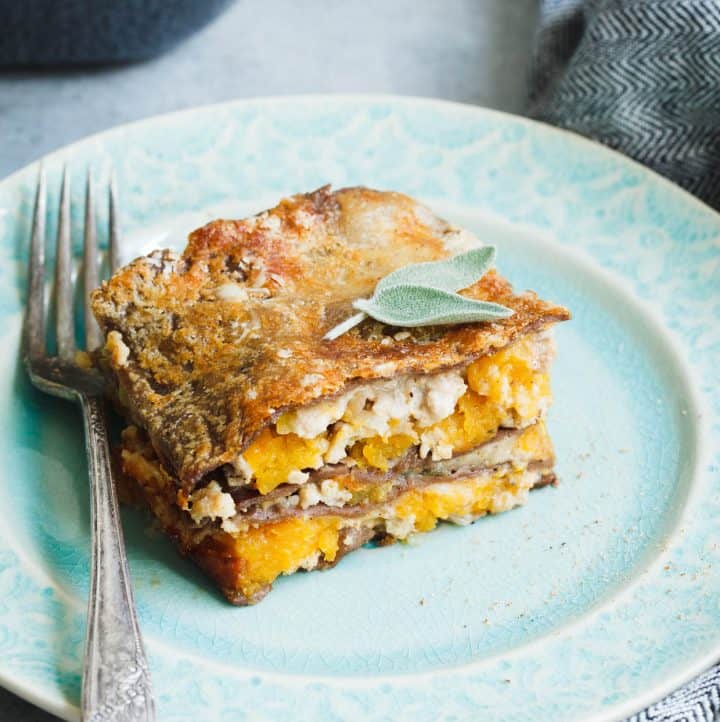